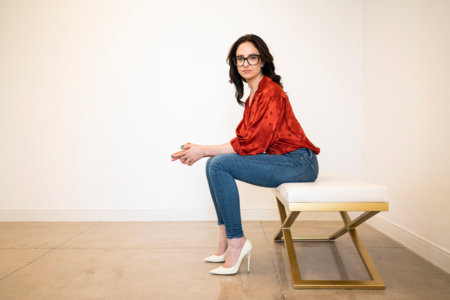 Carrie Goldberg is a victims’ rights lawyer in Brooklyn, litigating nationally for targets of online harassment, stalking, and sexual assault. Before becoming a lawyer, Carrie spent five years working for Nazi victims, and prior to starting her firm in 2014, she was a lawyer at the Vera Institute of Justice in New York City. She has been profiled in The New Yorker, The Times (London), Glamour, Jezebel, and the New York Post, and has written op-eds for The Washington Post and The Huffington Post. Her major litigations include Herrick v. Grindr, NNAF v. John Doe, Hadley v. City of Anaheim, Anonymous v. NYC DOE, and Jane Doe 1–14 v. GirlsDoPorn.com, et al. She was featured in the documentary Netizens, and her life and work is the basis for an upcoming, fictional legal procedural television show.