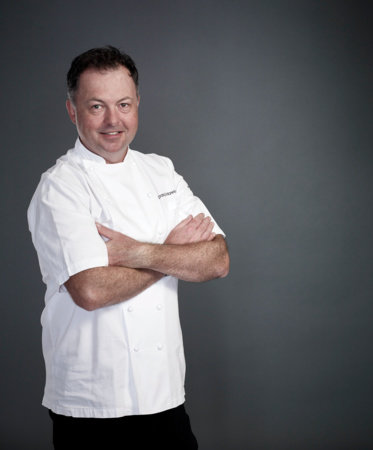 CHEF DAVID HAWKSWORTH is widely regarded as one of North America’s greatest chefs. He was born and raised in Vancouver, then spent a decade training at Michelin-starred restaurants in the UK, such as Le Manoir aux Quat’ Saisons, L’Escargot and The Square. He returned to Canada in 2000 and took his first Head Chef position, at Ouest (later renamed West), in Vancouver. In 2008 he became the youngest chef inducted into the BC Restaurant Hall of Fame.

Chef Hawksworth opened his eponymous restaurant in 2011, at the Rosewood Hotel Georgia. It was awarded the 2012 and 2013 Vancouver Magazine Restaurant of the Year and Chef of the Year awards, followed by five consecutive years as Best Upscale Dining. Shortly after opening it was named in enRoute magazine’s top three Best New Restaurants, and as Maclean’s magazine’s Restaurant of the Year. Chef Hawksworth opened his second restaurant in 2013, the sensationally popular, Nightingale. He also operates two locations of Bel Cafe, Hawksworth Catering, the Hawksworth Young Chef Scholarship Foundation, and an exclusive culinary partnership with Air Canada. He lives in Vancouver with his wife and son.