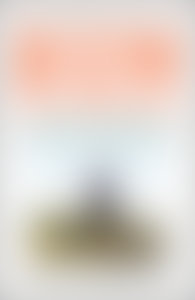 DR. MARK CUCUZZELLA, Air Force Reserve lieutenant colonel, practices family medicine in Ranson and Martinsburg, West Virginia. He is a professor at West Virginia University School of Medicine, and conducts Healthy Running Medical Education courses. He has run competitively for almost four decades, with more than one hundred marathon and ultramarathon finishes, and he continues to compete as a national-level Masters runner with an active streak of thirty straight years under a 3-hour marathon. Cucuzzella owns the first minimalist running and walking store, Two Rivers Treads, in his hometown. He has also been named a Distinguished Mountaineer by the governor of West Virginia, a Blue Ridge Outdoors Pioneer, Air Force Athlete of the Year, his home county’s Citizen of the Year, Boys and Girls Club of American Champion for Youth, and Colorado Academy of Family Physicians’ Teacher of the Year.

Sign me up for news about Mark Cucuzzella, MD and more from Penguin Random House

Run for Your Life