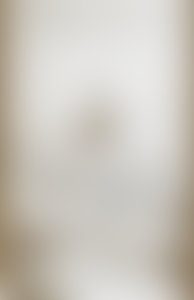 Fridjtof Nansen (1861–1930) was an Arctic explorer, scientist, diplomat, and humanitarian. Born in Norway in 1861, Nansen studied zoology at the University of Christiania (now Oslo). He led the first expedition to cross the Greenland ice cap in 1888, and in 1893 undertook a new adventure to sail to the New Siberian Islands from Norway. The journey took him and colleague Frederik Hjalmar Johansen farther north than anyone in recorded history, a three-year voyage documented in his 1897 book Farthest North. In 1922, Nansen was awarded the Nobel Peace Prize for his efforts following World War I: heading Norway’s delegation to the League of Nations, overseeing the repatriation of war prisoners, advocating for refugees, and many more humanitarian causes. In addition to writing several accounts of his experiences in oceanography, he also wrote books dealing with affairs of the state, including Norway and the Union with Sweden, Russia and Peace, Armenia and the Near East, and Through the Caucasus to the Volga.