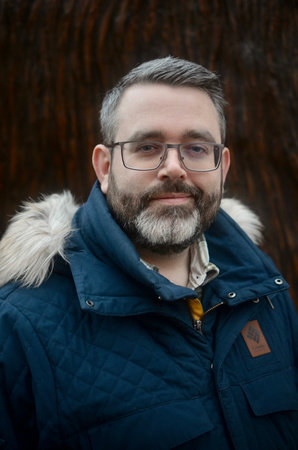 Aaron Reynolds is a Webby Award–winning humorist, aprofessional speaker, and the man behind the Effin’ Birds and Swear Trek social media accounts. When he’s not on Twitter, you can find him producing a series of podcasts and at ComicCons dressed as George Lucas. He has been a baseball writer, a fine art printer, and a mall Santa Claus photographer. Aaron was raised in Mississauga, Canada, a suburb where they cut down all the trees and named the streets after them. He currently splits his time between Toronto and Ottawa.