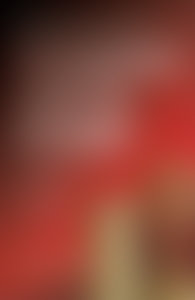 “Jason Berry is the rare investigative reporter whose scholarship, compassion, and ability to write with the poetic power of Robert Penn Warren are in perfect balance” — Phyllis Theroux, USA TODAY

Jason Berry achieved prominence for his reporting on the Catholic Church crisis in Lead Us Not Into Temptation (1992), a book used in many newsrooms. He has been widely interviewed in the national media, with many appearances on Nightline, Oprah, ABC and CNN. USA Today called Berry “the rare investigative reporter whose scholarship, compassion and ability to write with the poetic power of Robert Penn Warren are in perfect balance.”   Vows of Silence: The Abuse of Power in the Papacy of John Paul II, written with Gerald Renner (2004) has Spanish, Australian and Italian editions. The film he produced based on the book won Best TV Documentary Award at 2008 Docs D.F. — Mexico City International Festival of Documentary Film.

Jason Berry produces documentaries and writes on culture and politics for many publications. Up From the Cradle of Jazz. a history of New Orleans music, reissued in fall 2009 has new sections on the cultural impact of Hurricane Katrina. His other books include Amazing Grace: With Charles Evers in Mississippi, The Spirit of Black Hawk and Louisiana Faces: Images from A Renaissance with photographs of Philip Gould. He received a 2001 Guggenheim Fellowship for research on jazz funerals and a 1992 Alicia Patterson Journalism Fellowship for reporting on Louisiana demagogues. His play, Earl Long in Purgatory, won a 2002 Big Easy award for Best Original Work in Theatre.

He is also the author of Last of the Red Hot Poppas, a comic novel about Louisiana politics.