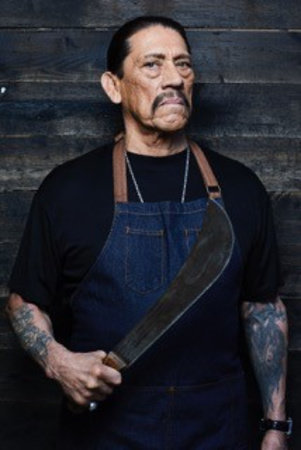 Danny Trejo is an American actor and author of Trejo’s Tacos. He has a prolific career in the entertainment industry, starring in dozens of films, including Desperado, Heat, From Dusk Till Dawn, Con Air, Spy Kids, Grindhouse, Star Wars and Machete. A Los Angeles native, Trejo began building his restaurant empire in L.A. in 2016, opening Trejo’s Tacos, followed by Trejo’s Cantina and Trejo’s Coffee & Donuts. He now has nine locations and a food truck.