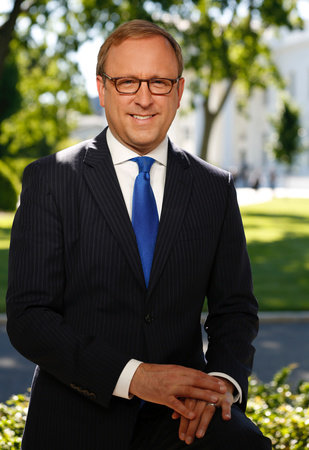 Jonathan Karl is the chief Washington correspondent for ABC News and the former president of the White House Correspondents’ Association (2019-2020). He has reported from the White House during the administrations of four presidents and thirteen press secretaries and covered every major beat in Washington, including Capitol Hill, the Pentagon, and the State Department. Karl also has a long history of reporting on Donald Trump, beginning in the early 1990s, when he was a reporter for The New York Post, and including Trump’s first network interview of the 2016 presidential campaign cycle. Karl has won numerous awards, including the Walter Cronkite Award for National Individual Achievement and the National Press Foundation’s Everett McKinley Dirksen Award, the highest honor for congressional reporting. According to the Tyndall Report, Karl was the single most used network correspondent for the first two years of the Trump presidency, logging nearly 400 minutes of air time in 2017 on the World News Tonight broadcast alone.