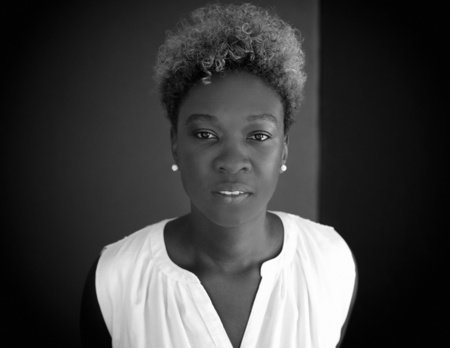 CANISIA LUBRIN is a writer, editor, and teacher. Her work is published widely and has been frequently anthologized, including translations into French, German, Italian, and Spanish. Lubrin’s most recent poetry collection, The Dyzgraphxst, was awarded the OCM Bocas Prize for Caribbean Literature, named a finalist for the Derek Walcott Poetry Prize, the Griffin Poetry Prize, and the Governor General’s Literary Award for Poetry, and longlisted for the Raymond Souster Award and the Pat Lowther Memorial Award. Her debut poetry collection Voodoo Hypothesis, was named a CBC Best Poetry Book, longlisted for the Gerald Lampert Award, the Pat Lowther Memorial Award, and a finalist for the Raymond Souster Award. She was a finalist for the Toronto Book Award for her fiction contribution to The Unpublished City: Vol 1 and twice longlisted for the Journey Prize. In 2019, she was Writer in Residence at Queen’s University, and was named a Writers’ Trust 2020 Rising Star. In 2021, Lubrin was a recipient of the Windham-Campbell Prize. She holds an MFA in Creative Writing from the University of Guelph. Her fiction debut, Code Noir, is forthcoming from Knopf Canada.