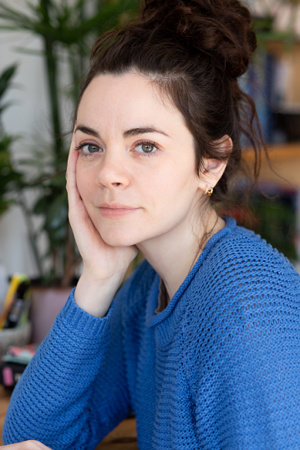 Haley McGee was born and raised in Kitchener-Waterloo, Ontario. At seventeen she moved to Toronto, where she received a BFA in Acting from Toronto Metropolitan University and subsequently worked as an actor and playwright until she relocated to the UK in 2016.

Heralded as “the formidable Haley McGee” (The Globe and Mail), her award-winning, critically acclaimed solo shows have played in thirty-six venues in eleven countries and been translated into four languages.

Haley now lives in London, UK, where she thrives on variety—she writes, acts, performs improv, does voiceovers, teaches artists in an array of online courses and hosts The Cost of Love podcast. The Ex-Boyfriend Yard Sale is her first book.