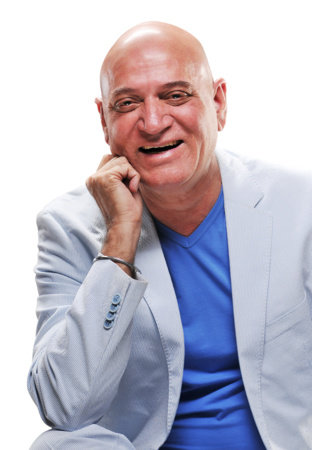 Madan Kataria, M.D., popularly known as “the guru of giggling” (The Times, U.K.), is the founder of the laughter yoga club movement that started in 1995 in Mumbai. A sought-after keynote and motivational speaker for corporations and organizations around the world, he has conducted seminars and workshops for UBS, Emirates Bank, IBM, Hewlett-Packard, and Volvo, among many others. He has also been featured on The Oprah Winfrey Show, CNN, and ABC, and is associated with an increasing number of medical research projects analyzing the benefits of laughter. Retired from medical practice, he devotes all his time to writing, teaching, coaching, and training laughter leaders in order to foster the spread of laughter clubs. He is the creator of the immensely popular World Laughter Day, which is celebrated on the first Sunday of every May.

Sign me up for news about Madan Kataria, M.D. and more from Penguin Random House