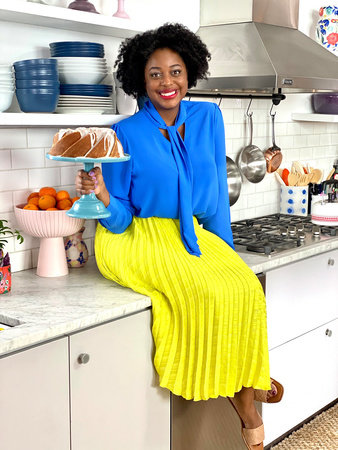 Vallery Lomas is the winner of The Great American Baking Show and the first Black winner of the Great British Bake Off franchise. She hosts the digital show Vallery Bakes Your Questions on Food Network’s website and the Food Network Kitchen app. She has also appeared on CNN, the Today show, Live with Kelly & Ryan, the History Channel, and the Hallmark Channel. Originally from Baton Rouge, Louisiana, Vallery attended college and law school in Los Angeles, practiced law in Washington D.C., and spent a gap year in Paris—where she perfected both her French and pastry skills—before settling in Harlem. She is a frequent columnist and recipe contributor to the New York Times.

Life Is What You Bake It

Gingerbread Cookies Recipe – Vallery Lomas (LIFE IS WHAT YOU BAKE IT)