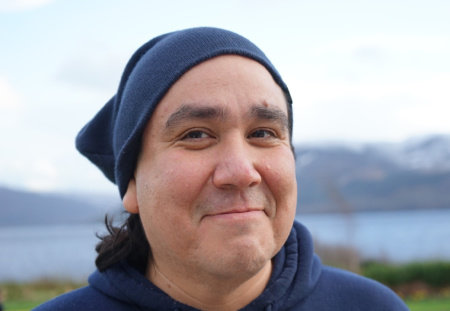 CLAYTON THOMAS-MULLER is a member of the Treaty #6 based Mathias Colomb Cree Nation also known as Pukatawagan located in Northern Manitoba, Canada. He is a campaigner for 350.org, a global movement that’s responding to the climate crisis. He has campaigned on behalf of Indigenous peoples around the world for more than 20 years, working with the Indigenous Environmental Network, Black Mesa Water Coalition, Global Justice Ecology Project, and Bioneers, among others. Clayton has led Indigenous delegations to lobby United Nations bodies, including the UN Framework Convention on Climate Change, UN Earth Summit (Johannesburg, 2002 and Rio+20, 2012) and the UN Permanent Forum on Indigenous Issues. He has coordinated and led delegations of Indigenous peoples to lobby government in Washington, DC, Ottawa, and the European Union (Strasbourg and Brussels).

Life in the City of Dirty Water