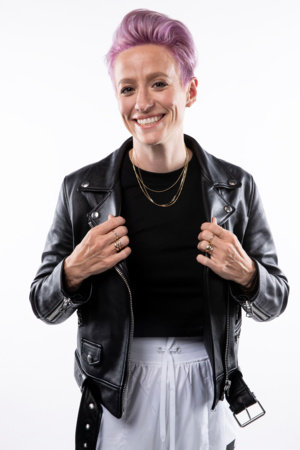 Megan Rapinoe is an American professional soccer player. As a member of the US Women’s national soccer team, she helped win the 2015 and 2019 FIFA Women’s World Cup tournaments and a gold medal at the 2012 London Olympics. A cocaptain of the team since 2018, she was named the Best FIFA Women’s Player in 2019, and was awarded the Golden Boot.