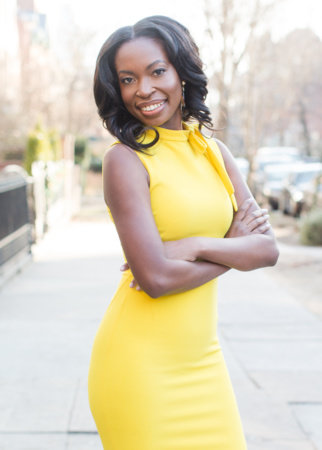 Krishan Trotman is the co-author of the Queens of the Resistance series and Vice President, Publisher of Legacy Lit, an imprint at Hachette Book Group in New York. She was recently celebrated in the New York Times and Essence magazine as one of the few African American publishing executives. New York magazine called her as one of Publishing’s New Power Club, and she’s been featured in Salon, Shondaland, Cheddar TV, MSN, and more. She has committed over fifteen years to publishing books by and about multicultural voices and social justice. Throughout her career, she has proudly worked with leaders and trailblazers on this frontier such as John Lewis, Stephanie Land, Malcolm Nance, Zerlina Maxwell, Ibtihaj Muhammad, Al Roker, Ed Gordon, Lindy West, and other dynamic celebrity and bestselling authors. She is the self-described Beyoncé of Books, and mom to her son Bleu.