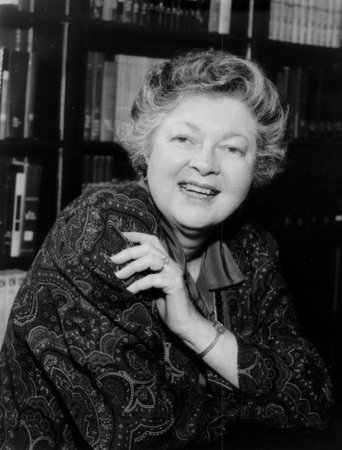 Nixon is half Californian, half Texan. She has a degree in journalism and credentials in elementary education. Nixon has written over 130 books for children from preschool age through young adult—including science books, co-authored with her husband, geologist Hershell Nixon. Her books have garnered numerous awards and accolades, including the Western Writers of America Golden Spur Award for Best Western Juvenile and the Texas Institute of Letters Award. Many of Nixon’s books have won state children’s choice awards. She is the only four-time winner of the Mystery Writers of America Edgar Allan Poe Award for Best Juvenile Mystery. Nixon has four children and several grandchildren.

Nixon describes the pleasure she gets from writing mystery and suspense: “When I was young I discovered an evening radio program called I Love a Mystery. It was intriguing, suspenseful, and at times absolutely terrifying, and the title was correct. I did love a mystery—on radio, in films, and especially in books. Maybe I’m really a detective at heart because much later in my life, when I began to write books for young people, I discovered writing mysteries was even more fun than reading them.

“A mystery begins to develop in my mind when something sparks an idea and a question grows from it. What would it be like to move into a house in which a murder had taken place? How would I feel if my best friend were arrested for murder on circumstantial evidence? As a question develops into an answer, I give a great deal of thought to my main character. She is the most important part of the story, and I see it take shape through her eyes. Before I write a word of the story I know how I’ll begin it and how I’ll end it, making sure to put in honest clues and distracting red herrings—just to make the mystery all the more fun to solve. I love mysteries, and I want my readers to love them, too.”

In creating the acclaimed Orphan Train Adventures, Nixon explored a time and place in America’s recent past that is not widely covered in history lessons. She explains, “It was a part of history I hadn’t known: that beginning in 1854, over 100,000 homeless children were rescued from the streets of New York City and sent by train to new homes in the West. As I researched early journals, I found many letters—some hopeful, some sad—and reports which told of tears as brothers and sisters were separated or a child was not chosen. I wanted to bring history and fiction together in an exciting, adventurous time and place, to tell the stories of those who could have traveled west on the Orphan Train.”

Many of Nixon’s readers have written to her asking how to get published. Her novel The Making of a Writer, a part memoir, part how-to book, is her answer to them. From her first publication at age 10—a poem titled “Springtime”—to her graduation from Hollywood High during World War II, Nixon shares the incidents from her childhood that helped her to develop as a writer.

THE KIDNAPPING OF CHRISTINA LATTIMORE
“A fast-moving, entertaining mystery with an intelligent and spunky heroine.”—Booklist

MURDERED, MY SWEET
“Another solid Nixon mystery without too much violence and lots of suspense.”—Booklist


THE NAME OF THE GAME WAS MURDER
“Another successful page-turner. . . . Reluctant readers and mystery lovers alike will welcome a trip to this mansion.”—School Library Journal

SEARCH FOR THE SHADOWMAN
“Thrilling . . . a riveting tale of suspense set against a background of fascinating historical context brought up to date through e-mail and the Internet.”—School Library Journal

SPIRIT SEEKER
“Enriched with family troubles, guilty secrets, and a whiff of the supernatural, this page-turner will please the legions of Nixon fans.”—Kirkus Reviews

THE WEEKEND WAS MURDER!
“Masterfully constructed. . . . Ingeniously plotted, fast-paced and lighthearted, this mystery manages to blend an engrossing double murder brainteaser with the blossoming of a self-conscious teen into a self-assured young woman.”—Publishers Weekly

WHISPERS FROM THE DEAD
“Nixon’s reputation as the grande dame of mysteries for young readers remains solidly intact with this thriller . . . a topnotch choice.”—Starred, School Library Journal

A FAMILY APART
“As close to perfect a book. . . . The plot is rational and well-paced; the characters are real and believable; the time setting is important in U.S. history; and the values all that anyone can ask for.”—VOYA

IN THE FACE OF DANGER
“This exciting and touching novel projects an aura of historical reality.”—School Library Journal

LUCY’S WISH
“There is suspense, surprise, and heartfelt emotion, and there is a useful historical note at the end.”—Booklist