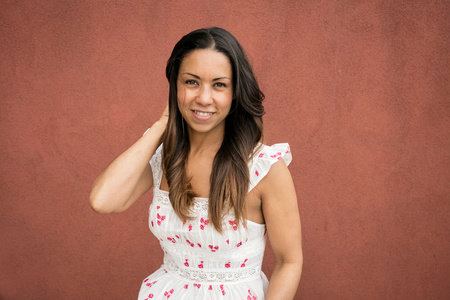 Adrienne Cheatham has spent her career cooking in some of the country’s most prestigious restaurants, from Eric Ripert’s Le Bernardin to Marcus Samuelsson’s Red Rooster, until she struck out on her own and founded the popular pop-up series SundayBest. The name of that series and this book was inspired by the special set of clothes that many in the Black community had reserved for church. During segregation, people would put on their “Sunday best” just to go into town as a way of demanding respect from those who didn’t accept them as equal. This tradition and its meaning are at the core of Adrienne’s debut book, which shows how everyday moments should be appreciated, celebrated, and made special for those you love. Adrienne also competed on Season 15 of Top Chef, finishing in second place, has been featured as a speaker at Cherry Bombe Jubilee, and was the subject of a New York Times documentary series titled Taste Makers. She lives in New York City with her husband.