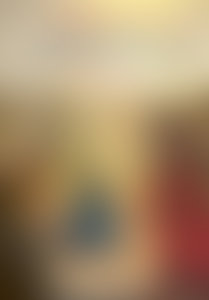 Maria Capelle Frantz was born and raised in Fairbanks, Alaska, where she spent the first years of her life playing in the woods, making up stories, and regularly perusing the local comic shop. In 2015, she was awarded a national gold medal in the Scholastic Art and Writing Awards, for her short comic “Death Wish.” In 2017, her poster “The Golden Door” was chosen to be a part of Hank Green’s Refugee Poster Project, alongside 15 other artists. Prints of artwork inspired by the refugee crisis were sold on dftba.com to help raise money for refugees in the United States. Her debut graphic novel, The Chancellor and the Citadel, was published by Iron Circus Comics in 2019.

Who Was the Girl Warrior of France?: Joan of Arc