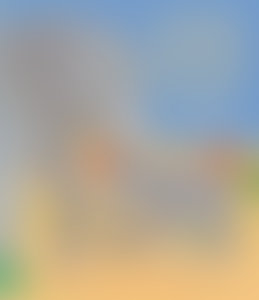 Ben Lerwill is a multiple award-winning writer. His work has appeared in a host of publications including National Geographic Traveller, Time Out, The Sunday Times, The Daily Telegraph and The Guardian. Over the past decade he’s won four British Guild of Travel Writers’ Awards, and often focuses on wildlife, rail journeys and the outdoors. Best of all, he writes fascinating, magical non-fiction stories that will amaze and inspire – just like the ones in this book.

Harriet Hobday is an extraordinary new talent, a recent graduate of the MA Children’s Book Illustration at Cambridge School of Art. Currently based in Edinburgh, she was highly commended in the Macmillan Prize 2015 and runner-up for The Batsford Prize 2018.

Do Baby Elephants Suck Their Trunks?