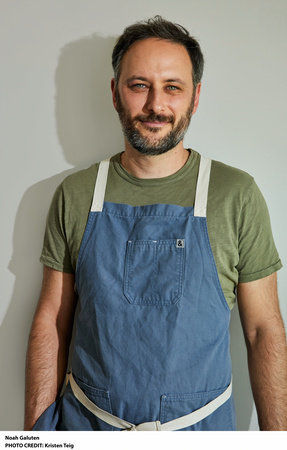 NOAH GALUTEN is a chef, James Beard Award-nominated cookbook author, and cohost of the popular daily live-streamed cooking show Don’t Panic Pantry. After working as a food writer for publications such as LA Weekly and Los Angeles Magazine, he became the chef of Bludso’s Bar & Que, a 120-seat sports bar and Texas BBQ restaurant, and then became the Culinary Director of the J Howard Restaurant Group. Noah lives in Los Angeles with his wife.