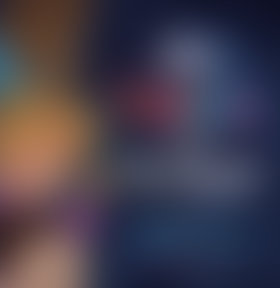 Jimmie Allen is a platinum-selling American country music singer-songwriter who made history as the first Black artist to launch a career with two consecutive number one hits on country radio from his 2018 debut album Mercury Lane. Allen was nominated for New Male Artist of The Year at the 2019 ACM Awards and is currently nominated for New Artist of the Year at the upcoming 2020 CMA Awards. Jimmie’s music features a cutting-edge mix of country, rock, R&B, and pop that draws upon the influence of his family and small-town upbringing. His latest release, Bettie James, is a star-studded collaboration EP named in honor of his late grandmother and late father. Allen lives in Nashville, Tennessee, with his fiancée and two children. My Voice Is a Trumpet is his first book. For more information, visit www.jimmieallenmusic.com.

Cathy Ann Johnson received her BFA from Columbus College of Arts and Design. She spent several years at Hallmark Greeting Cards, where she received a position in Hallmark’s Center of Excellence. Her work has appeared in children’s books, magazines, posters, home décor, gifts, and more. She currently works from Downtown Decatur, Georgia, as well as a satellite studio in Rome, Italy. In her spare time, Cathy Ann, her husband, and their cute doggie enjoy roaming Rome, chasing castles in medieval towns, and appreciating history and the arts.

My Voice Is a Trumpet