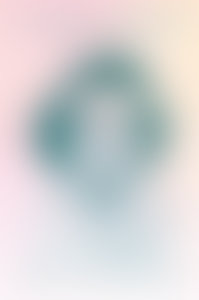 Flannery O’Connor was born in Savannah, Georgia, on March 25, 1925, and was raised on the family dairy farm in Milledgeville. After graduation from the Georgia College and State University, she attended the Iowa Writers’ Workshop and received an MFA in 1947. Among the strongest influences on O’Connor’s work were Faulkner, Poe, Joyce, and Dostoevsky. Following the publication of several short stories, O’Connor’s first novel, Wise Blood, was published in 1952. Suffering from a hereditary rheumatic ailment, she spent the next twelve years living with her vigilant mother, Regina, at the family farm in Milledgeville writing, raising peacocks, and entertaining a steady stream of visitors. A Good Man is Hard to Find and Other Stories, was published in 1955, and another novel, The Violent Bear It Away, appeared in 1960. Though seriously ill, O’Connor became a popular speaker on the college lecture circuit, received several honorary degrees, and in 1963 won the annual O’Henry short story award (as she had in 1956). After her death on August 3, 1964, a posthumous collection of short stories, Everything That Rises Must Converge, was published (1965), as well as a volume of her lectures and essays, Mystery and Manners (1969).  In 1979 a collection of O’Connor’s letters, The Habit of Being, was published that has become a classic of the epistolary genre and revealed valuable new perspectives on O’Connor’s stories and religious beliefs. In 2013, O’Connor’s Prayer Journal that she kept as graduate student was published that reveals the theological roots of some of most famous writing.

Books by Flannery O’Connor published by The Library of America