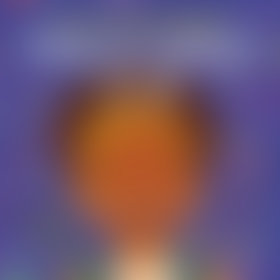 ZAILA AVANT-GARDE is a multi-talented powerhouse, with success springing from all her endeavors and all before the ninth grade. She was recently named SportsKid of the Year 2021 by Sports Illustrated Kids.
Hailing from New Orleans, Louisiana, she won the 2021 Scripps National Spelling Bee, making her the first African-American to win in almost 100 years of the competition. Avant-garde landed on her winning word, murraya—a type of tree—by associating the word with famous comedian Bill Murray, who surprised her by phoning in during her appearance on Jimmy Kimmel Live.
Avant-garde’s spelling triumph is just one entry on a very impressive resume. Along with competing in spelling bees for two years, Avant-garde holds two Guinness World Records for her basketball prowess. She holds the records for the most bounce juggles in one minute with four basketballs and most basketballs dribbled simultaneously by one person (at 6 basketballs).
Her success has been celebrated by the likes of Barack and Michelle Obama, LeBron James, and Dr. Jill Biden, who attended the bee. Since winning the Bee, Zaila has appeared in a cameo role in Netflix’s “HUSTLE”, as well as NBA on TNT, and Peacock’s “Kid’s Tonight Show”. You can also see her displaying her basketball skills in brand campaigns for Carnival Cruise Lines, BYJU, Xbox, and Gymshark.

Words of Wonder from Z to A

It’s Not Bragging If It’s True