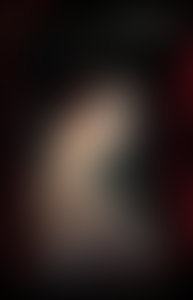 Adrienne McDonnell has taught literature and fiction writing at the University of California, Berkeley. She lives near San Francisco in a house overlooking the Golden Gate Bridge.

The Doctor and the Diva is based on actual events in your family. Did the connection to actual relatives make the story easier or more difficult to write? Which characters came easier for you, the ones based on actual people or the ones who were purely fictional?

The ancestors who gave rise to my characters lived a century ago. By the time I married into my first husband's family, they'd taken on a kind of legendary air. "Erika" and "Peter" had lived in such bold and colorful ways that people in the family—especially the older women—liked to talk and speculate about them.

In my early twenties, as I walked past Erika's childhood home in Boston's Back Bay on my way to work, I'd pause and stare up at the windows and wonder about her. Before I ever had a child, I felt kinship to her in a primal way, knowing that my descendants would be her descendants. The family connection was deeply inspirational, and having hundreds of pages of family letters was a blessing and a gift.

But despite all the research I'd done, no record existed about certain key moments in Erika's life. For example, there's the scene in which Erika tells her little boy that she'll be leaving him behind and moving to Italy to develop her singing career. From his childhood letters, it's obvious that he was left with the impression that she'd eventually return. The letters show that as the months went by, he felt forlorn and frustrated by his father's evasive answers about when "Mama" would be coming back. But the private conversation between the departing mother and her little boy? That was something I had to "overhear" in my imagination.

I never felt a big difference between the "real" versus the "invented" characters, or felt that creating one was more difficult or easier than the other, because even the "actual" characters also had to be imagined to an extent. Writing this novel was a process of reaching beyond what was known, into the realm of what could have occurred.

Let me also say that there's something liberating in writing a novel about people who lived a century ago. By the time I began the novel, they'd long been dead. So that allowed me to write with a certain abandon and emotional honesty. I didn't have to worry about the possibility of offending them, or their own children and even grandchildren.

Did you ever consider writing this story as nonfiction?

Never. My goal was to make art from their lives and to invent the most interesting story I could. Fiction allowed me to dramatize and tell the story with great intimacy.

Biographers will tell you that even if you have access to a large archive of a certain person's correspondence or interviews or whatever—there will still be gaps, unknowable aspects of a person's life. Fiction lets you lift the veil and see the scenes that might have taken place. Bedroom scenes, for example, are rarely to be found in family letters.

When the story was passed down in your family, were there some who approved of your ancestor's decision while some were more critical? Did you learn anything unexpected about your family, in addition to the story that inspired this book?

"Erika" died in her fifties, several years before her son got married. She and her son's wife never met. But to Quentin's wife—the woman who stayed by his side and loved him for fifty years—the notion of his mother having deserted him seemed unforgivable. Quentin's wife held a negative view of Erika.

On the other hand, Quentin showed a certain pride about his mother. On top of the Steinway piano in his living room, he always kept a framed photograph of his mother dressed in her operatic regalia.

Did anything in your research into obstetrics and fertility treatments of the time surprise you?

When I first learned that physicians were performing artificial inseminations as far back as the 1890s, I was astounded. Like most people, I'd always assumed these were a modern phenomenon, but as you can see from the novel's addendum, "A Further Historical Note," physician–assisted inseminations go back centuries.

Who are some of your major literary influences? Are there authors or books you turn to often?

Flaubert's Madame Bovary is one of my favorites. My love for the book is partly personal. My high school French teacher, a woman born and raised in Grenoble, taught us to analyze literature by dissecting Flaubert's prose sentence by sentence, one passage at a time. She explained that Flaubert would labor for an entire day to perfect a single paragraph. Madame Bovary provided my first experience of diving deep under the surface to see how a novel was crafted, and noticing how each rhythmic phrase or metaphor belonged to the wondrous sea of the novel.

The Lover, by Marguerite Duras, is another novel that awes me. When the author was a fifteen–year–old girl living in Indochina, she had an affair with an older Chinese man. All her adult life, she kept returning to that experience, writing about it again and again in different ways. Only in her seventies, during a white–heat fever of creativity that lasted four months, did she find the most powerful rendering of that material. The result was The Lover.

Suite Française by Irene Némirovsky, is another masterpiece. During the Second World War, as the Nazis invaded Paris, the author and her —like so many French people—were forced to flee into the countryside. Némirovsky observed the chaos and panic affecting the gamut of characters, and she captured it with luminous humanity. In the midst of havoc and personal danger, she wrote about the German occupation with unsparing candor, detachment, wisdom, and irony. She completed this last work shortly before the Nazis arrested her and sent her to a concentration camp, where she died.

In the book, Quentin writes heartbreaking letters to his mother. How similar are those letters to the ones your relatives shared with you, the correspondence written by the '"real" Erika's son?

Very similar. Though I never quoted from the actual letters, I tried to retain his boyish diction and misspellings, as well as his preoccupations. The angst of a little boy sitting by a boarding school parlor window, waiting for a father who never shows up for a Sunday visit…;his longing for a mother who goes away, and whose date of return is left unclear…;all of that can be felt in the actual letters.

In the book, Quentin forms an attachment to a surrogate mother. He writes long and affectionate letters to her, and is anxious to please her. That's clearly what happened; it's reflected in the real–life correspondence.

Music plays a huge role in this novel. Are you an opera fan yourself? What are some of your favorite pieces?

I knew nothing about opera until I wrote an early draft of the novel twenty years ago. Researching the roles that a mezzo–soprano would have sung, hearing gorgeous arias—that was an inspiring task, and it led to many joyous discoveries.

Many of my favorites arias have found their way into the novel; Erika sings a number of them. I love attending recitals of individual singers. While I'm cooking, I listen constantly to opera. As I was writing The Doctor and the Diva, I'd put down my paring knife when I heard a particularly evocative aria. I'd jot down a few notes and ask myself: "At what point in the novel could Erika sing this?" It was like devising my own musical score.

For anyone new to opera and curious about it I'd recommend listening to three famous and beloved works by Mozart: Don Giovanni or Cosi fan tutte or Le nozze di Figaro. Handel arias are also dazzling, especially compilations sung by Lorraine Hunt Lieberson, or Angelika Kirschlager, or Sandrine Piau.

What are your personal feelings about the ancestor on which this story is based, Alice Wesselhoeft Haserick? What do you think of her decision?

Obviously, her decision fascinates me, and that's why I wrote the novel. Part of me wants to applaud her courage and devotion to her art; another part of me wants to ask her: "How could you have done such a heartrending thing to your son?"

What interests me as a fiction writer is not to hammer down a gavel like a judge and to declare one person "evil" and another person "good." In literature, people are fascinating because they are complex. As a writer, I'm intrigued by the challenge of transcending my own biases and my own life. Several characters in The Doctor and the Diva commit unthinkable acts—they decide to do things that most people might immediately regard as immoral. In each case, I've tried to enter that character's consciousness and situation with enough empathy that their behavior might—at least to some degree—seem understandable.

What are you working on presently?

It's a historical novel that's going to entail immense research. My next project may spur me to do some traveling, but I won't say more than that.