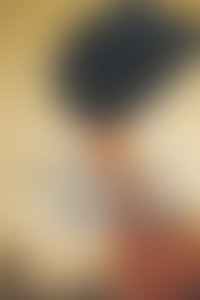 Alisa Valdes lives in New Mexico and divides her time between a house in Albuquerque, New Mexico, and a ranch in southern New Mexico.

The Feminist and the Cowboy

A conversation with Alisa Valdes, author of The Feminist and the Cowboy

Q: Why did you decide to write this book?

Alisa Valdes: I decided to write this book when I realized how much better my life had become as the result of meeting a handsome older cowboy with traditional views on sex roles, and giving up some of my “power” to him. Never in a million years would the old me have thought something like this would make me happy. In short, I’d become happier – truly happy for the first time in my life, actually – because I’d learned to submit, to trust, to become one with a man. As an avowed progressive and feminist, this realization was monumental, this idea that there was indeed wisdom in some traditional teachings about men and women, the same teachings I’d been raised to despise. I felt that perhaps by sharing my story I could offer a path for other women (and men) who were similarly stunted in their romantic relationships by all the promises of second-wave feminism.

Q: How do you think second-wave feminism stole your womanhood?

AV: Radical second-wave feminism says that every difference between men and women (beyond obvious external anatomy) is socialized, was practically a religion in my childhood home well into my adulthood. I was absolutely rigid in my beliefs, and combative. I had been groomed and rewarded for this attitude since the time I was born, by Marxist academic parents. I had to hide many things about myself because I felt they were shameful – feminine traits. The problem with radical feminism, is that it never really set out to dismantle the broken paradigm of sexism; rather, it reacted to it, and tried to just switch sides, becoming “like men” in order to be free. That’s not the answer at all, because women aren’t men and there are enormous differences between the sexes, differences that are not just socialization, biological differences that come to us thanks to evolution. No one can ever be free while pretending to be someone they are not. Radical second-wave feminism neutered men and defeminized women because the only solution it could come up with for oppression was to make everyone “the same,” in spite of biology and common sense.

Q: Can you explain the difference between Difference Feminism, Second Wave Feminism and Third Wave feminism? Which one do you subscribe to, and why?

AV: Feminism in and of itself is a simple and good concept – equal political, economic and social rights for men and women. In no way do I think we should NOT have these things; such equality is imperative and common sense. Second wave feminism comes along in the mid-twentieth century, around the time that I was born, and, to my eyes, takes this idea of equal rights too far by insisting that men and women are also completely equal in ability in all things. I believe men and women must have equal rights; but this does not mean men and women are equally well-suited to certain activities, jobs or roles within a family. That’s where feminism got hijacked and taken off course. Men are biologically better, overall, at certain activities, just as women are biologically better, overall, at certain activities. So for the purposes of this book’s title, when I say “feminism” I am referring to radical second wave feminism, the angry religion of my secular socialist Marxist upbringing. Third wave feminism comes along in the 1990s, along with the push for “multiculturalism” in academia. The type of feminism I most subscribe to is a small subset of third wave feminism known as “difference feminism,” which acknowledges and embraces the reality that men and women are different, complementary, each just as important and valuable as the other, but not the same.

Q: How did The Cowboy help you find your womanhood?

AV: The cowboy was the first man I met who wasn’t going to let me “run over the top” of him. I’m a strong, controlling and opinionated woman with a temper. It took finding an even stronger, more controlling and more opinionated man to stand up to me and show me where I was wrong about some things. He also happens to be extremely smart, clever, funny and good with words. He was able to break through my thick defenses and suggest that the anger and combativeness that had come to define me were not actually helping me anymore. He helped me connect with the long repressed feminine side of me that was sick of having to pretend to be in charge all the time when all I really wanted was for someone to take care of me, for a while.

Q: Do you still consider yourself a “liberal” despite these new-found conservative views on relationships?

AV: I consider myself a free thinker, not fitting neatly into either box that contemporary American society currently seems to think are all that exist. Most of my views would be considered progressive, but thanks to the cowboy I’ve adopted some new views on certain issues that would likely be considered conservative. I’ve also come to realize that liberals and conservatives are often saying the exact same things, but that we are using different words to describe them, meaning we end up with a language barrier in our own language. For instance, “respect” to a conservative probably aligns more with “obedience” for a liberal, whereas when a liberal says “respect” it means more like what a conservative means when they say “personal freedom”…we are all humans, with the same basic needs and desires, but the words we use to describe our experiences often get in the way of our understanding one another.

Q: You give many intimate details about your relationship with The Cowboy. How did you decide how much to tell? Did you get pushback from The Cowboy on how many details to share?

AV: On thing about cowboys – they live in the middle of nowhere for a reason. The cowboy is very private. Writing about our intimate life was tricky. The cowboy had to cede some ground to me, and I had to rein myself in a bit for him. I let him read the entire book, and made sure he was okay with what I included. There is a lot I wanted to include but couldn’t, out of respect for his boundaries. That, my friends, is what it is all about. Doing things for someone else, because you love them.

Q: Why do you feel that it is important for women and men to approach love and romance differently in today’s post feminist America?

AV: Relationships are in crisis. More people are divorcing than ever before, and fewer people are marrying at all. Families are falling apart, and we are seeing the negative impact of this in every sector of society. If we want functional, healthy relationships, we cannot deny our biology anymore. We have to let men be men, and let women be women. Simple as that.