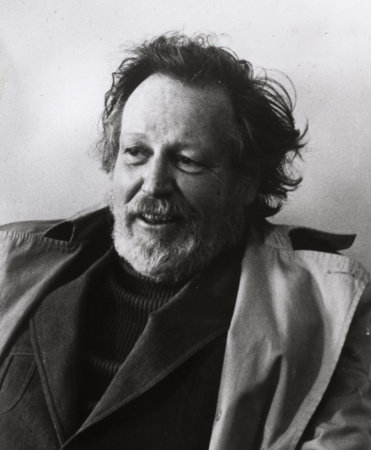 Don Freeman (1908–1978) was the author and illustrator of many popular books for children, including Corduroy, A Pocket for Corduroy, and the Caldecott Honor Book Fly High, Fly Low. During his career as an artist, sketching impressions of Broadway shows for the New York Times and The Herald Tribune, he was introduced to the world of children’s literature when William Saroyan asked him to illustrate several books. Soon after, he began to write and illustrate his own books, a career he settled into comfortably and happily. Through his writing, he was able to create his own theater: “I love the flow of turning the pages, the suspense of what’s next. Ideas just come at me and after me. It’s all so natural. I work all the time, long into the night, and it’s such a pleasure. I don’t know when the time ends. I’ve never been happier in my life!” He created many beloved characters in his lifetime, perhaps the most beloved among them a stuffed, overall-wearing bear named Corduroy.