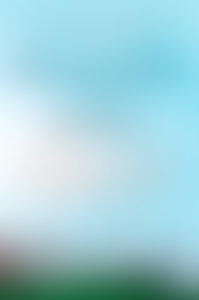 Andrew Park is a former correspondent for BusinessWeek, whose work has also appeared in The New York Times, Wired, Slate, and other national publications. He lives in Chapel Hill, North Carolina, with his wife, Cristina Smith, and their two children.

Between a Church and a Hard Place

If you could have asked your parents one question while writing the book, what would it have been?

If they believed in God. I honestly don't remember them ever saying one way or another. Not during my early childhood and certainly not during the years they spent fighting with my brother over his belief in God. I would still like to know.

Do you feel content with what you gleaned from your exploration or do you think you will continue to question and search for answers?

I learned a great deal while writing this book, but I hate the idea that I might have achieved some stasis and I can now just put these issues behind me. Part of what started me on this path was a desire to engage certain questions in an authentic and deep way and I hope that I will be doing that my whole life. If nothing else, it will allow me to model introspection and doubt for my children. They need to see that those are necessary parts of life.

What was the most challenging part of writing this book?

It wasn't easy accepting the fact that this was a story with a beginning but no ending, at least not one that would fit neatly in the pages of this book. At first, I expected to reach some sort of closure; later I realized that really wasn't what I was going to get, nor what I wanted.

You touchingly recount your reconciliation with your brother in chapter five. Do you have any words of wisdom for anyone wanting to repair a strained relationship because of faith differences?

Over the years, I had made many assumptions about my brother's faith that turned out to be dead wrong. Some of these were based on my interactions with him, but others were just generalizations forged watching the Culture Wars play out. The first step in our reconciliation was for me to drop those prejudices and acknowledge that Evangelicals, like any group in our society, are a diverse and multi-dimensional lot.

How does it feel to write about so many personal details of your life? Did any of your friends or family object to any aspect of the book?

That was tricky. I didn't have much problem sharing my own foibles with the world, but it didn't seem completely fair to be sharing my loved ones' most embarrassing moments. Let's just say there were some intense negotiations that went on once they saw the manuscript. One should not enter lightly into the publicizing of family history, even if it seems like ancient family history.

In chapter six, you recount your experiences in attending a Life Group and cite statistical evidence that having a support system is of benefit to one's health. Do you think that you would ever be interested in forming your own group to share your life experiences with?

Oh, definitely. I've been wanting to start a commune since I was a teenager. I'm constantly trying to get my friends to commit to regular gatherings where we can share our life experiences, but they're too busy having life experiences to do that. The Life Group model isn't easy to replicate without the structure and authority of a church, particularly an Evangelical church, backing it up.

What part of the book have you received the most response to?

That would probably be the description of the gratitude my wife and I felt after our son was born, which we experienced on really a spiritual level. That's a familiar sentiment for believing and non-believing parents alike.

What statistic startled you the most in your research?

I am most fascinated by the studies showing that young people today are less likely to go to church than their parents were at their age but more likely to believe in God. That really speaks volumes, both about the decline of the church as an institution and an authority, but also about the strength of the human impulse to have faith in that which we can't see. I think the next 25 years are going to be a really interesting chapter in the history of religion in America.

Have you considered writing a sequel to Between a Church and a Hard Place after your children are grown-up?

When my children are grown up, I fully expect that they'll want to write their own sequels, which probably won't be entirely flattering to the author of the original.

After your research was complete, did you feel compelled to change your faith affiliation or do you still consider yourself faith-free? What ultimately made up your mind?

No, I think I emerged less certain than ever about which religious label fits me the best. I suppose that means I'm still a "None." But as I said, I'm not looking for closure on this subject. I suspect I will be questioning and experimenting right up until the end. Why not, right?