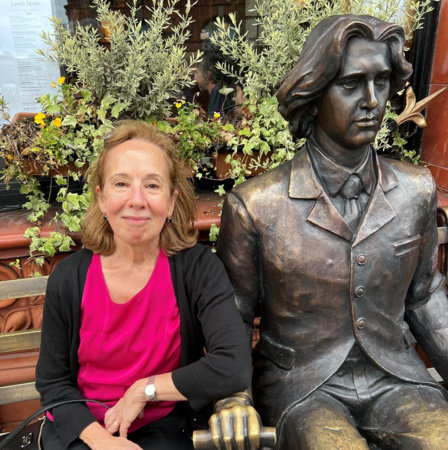 Virginia Kantra is the New York Times bestselling author of the Children of the Sea series and the Dare Island novels. She has won numerous industry awards, including the Romance Writers of America’s RITA Award and two National Readers’ Choice Awards.

Children of the Sea

Your newest series begins with the novel Sea Witch, in which your female protagonist is a Selkie. What made you decide to choose these mythical creatures as the children of sea?

Selkies are sex and magic. The children of the sea have to embody all the mystery and magic, power and passion of the ocean itself. (“Warm-blooded” is good, too.)

From the isles of Orkney to the coast of Cornwall, you can find stories and songs about mythical creatures who take the form of seals in the sea and strip off their pelts to come ashore as beautiful, naked men and women.

The legends endure not only because they appeal to our imagination, but because they have their seeds in our human experience: the lonely sailor, the woman who loses her love to the sea, the farmer searching for a wife beyond the local girls he knows, the village maiden who can’t name her baby’s father. I wanted my contemporary stories to straddle that same line between myth and the human heart.

Speaking of choices, your story is set on the fictional Maine island of World’s End. Was there a particular inspiration for the location, something about Maine that really drew you to it as opposed to other coastal settings?

Long before the continents drifted apart, the mountains of Maine and the highlands of Scotland were one great ridge. You could say that in its bones, the land is the same. It was also heavily settled by the same people. So setting the Old World legend in this part of the New World made sense to me.

Besides, Maine is magic—rocky and wild. My husband and I were all over that coast last summer, and you can feel the dramatic tension between land and sea.

Your story mentions children of air, children of earth, and children of fire as well as the children of sea. In Sea Witch, we meet children of the sea and of fire. Do you plan on any other immortal beings appearing in future stories?

In two earlier novellas I wrote for Berkley (Man of My Dreams and Over the Moon), I wrote about the children of earth, the fair folk. But obviously in a series called The Children of the Sea, I’m going to concentrate on the sea folk.

The “elementals”—children of earth, air, sea, and fire—co-exist in an uneasy peace with humankind. In my stories, that balance is shifting, so in addition to the human drama, you can definitely expect more of the elementals’ struggle for power and even survival.

In a similar vein, you created some especially fascinating secondary characters, including Dylan, the Selkie born of a human father and a Selkie mother; and Lucy, who seems to have a mystery around her. Will readers get to meet them in future novels?

I used the Orkney ballads about the selkie—which are haunting and beautiful, but nearly always tragic—as the basis for the books. But I used another sea shanty from the 1700s to connect the stories:

“My father was the keeper of the Eddystone Light
And he married a mermaid one fine night.
Of that union there came three…”

So the larger tension between land and sea, magical and mundane, plays out within their family and in the loves they find as well.