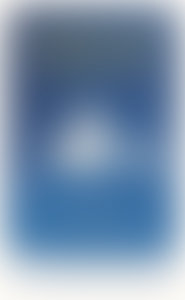 Ann Bolinger-McQuade has always sensed the world as alive, nurturing, and filled with personal oracles — concepts deeply seeded in her Native American ancestry. Before becoming a full-time writer in 1999, then a monthly columnist, regular radio show guest, lecturer, and workshop facilitator, she worked in advertising and sales, writing for a trade publication in the fashion industry and later owning a small business in California.

Personal oracles have been playing a major role in Ann’s life for almost three decades. She fully recognized them after her diagnosis of breast cancer. They have guided and offered comfort to her as she dealt with the loss of her father, the passing of a close friend, and the death of a beloved animal companion. While Bolinger-McQuade struggled with each of these challenges, she ultimately was able to move forward with peace in her heart. Personal oracles continue to assist her on a daily basis. Ann has been part of the spiritual communities of Texas, Arizona, and New Mexico for the past three decades. Before his death in 2009, Native American Elder Richard Deertrack of the Taos Pueblo honored Ann in a sacred ceremony. Deertrack supported her vision to expand the consciousness of an interconnected universe through the awareness of personal oracles.

Ann divides her time between Tucson, AZ and Taos, NM with her husband, two dogs, and one cat, all of whom she adores.