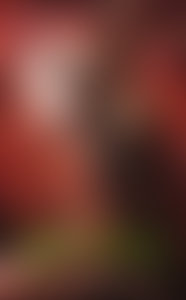 Anton Strout is the author of the Spellmason Chronicles and the Simon Canderous series. He was born in the Berkshire Hills, mere miles from writing heavyweights Nathaniel Hawthorne and Herman Melville. He currently lives in historic Jackson Heights, New York (where nothing paranormal ever really happens, he assures you). In his scant spare time, he is an always writer, a sometimes actor, sometimes musician, occasional RPGer, and the world’s most casual and controller-smashing video gamer. He currently works in the exciting world of publishing and, yes, it is as glamorous as it sounds.

On a scale of one to ten, how similar is Simon Canderous to you?

I’ll give him a solid five. I know people always assume that if they’re writing in the first person that the hero is an idealized version of themselves. Simon’s low blood sugar through using his psychometric powers is akin to my low blood sugar issues as a diabetic. Also, I’d like to think that if I saw the spooky, creepy paranormal stuff that Simon has to contend with on the streets of New York, I’d probably try to quip and have a little snark just so I wouldn’t go mad. Other than that, I think he’s a lot of elements from a lot of traits I like in other people. There’s even a little Peter Venkman from Ghostbusters in him.

What’s the first story you ever wrote?

I guess I wrote some fan fic first as a small child. Every time I go home my Grammie drags out this tale I wrote about this exaggerating farmer named McBroom, whose books I apparently loved so much I started writing my own. But my first original work was for our fourth grade Newbery Caldecott Awards. It was a sci-fi tale called The Mouse From the Cheese Planet. In it, a space mouse named Nosaj hated cheese, so he flew off to find a vegetable planet, then glued them together. I was all about problem solving at a young age, apparently. If only I did that in my current fiction… Oh well!

What advice would you give aspiring writers?

Write. Even if you think it sucks. It doesn’t have to be perfect the first time around. That’s why it’s called a FIRST draft, which implies that there will be (and should be) multiple drafts to follow. A lot of new writers get caught up in making things perfect the first time, and that’s what keeps a lot of people from ever finishing something. At least if you write and write and write, there’s something there to clean up, to fix, to work on. If you don’t get something down, there’s nothing to shape. It’s like trying to carve a statue without any stone sitting in front of you.

The color of my editor’s eyes, of course. Actually, I’m going to go with azure blue, because I’m a gamer geek and I was a big fan of the book and SSI video game for Curse of the Azure Bonds, which was a D&D adventure that took place in the Forgotten Realms. [Ed. Note: My eyes, luckily for Anton, ARE azure! What a world!]

Tough call… but I’ll assume you’re asking so you know where to take me, your favorite author. If its Italian food, it’s Mario Batali’s Babbo here in the West Village. I’ve had some pig’s feet and beef cheek there that linger in mah mouth to this day. For Japanese, hands down it’s Morimoto. I’m a huge fan of the Iron Chef, and I’ve been to his place in Philly twice, twice to his place in NY and twice when he used to work at Nobu. The man is a genius when it comes to flavors.

These damn interview questions, which is really vexing because it only means my book will be delayed in getting to my editor because of them.. D’oh!

I am in the middle of book three in the series right now, which ties up some lingering ideas from both Dead To Me and Deader Still. I hope people will enjoy them as much as I enjoy writing them. I also have an idea for a book on writing that I’m toying with. We’ll see if that goes anywhere…

Are there any other questions you wished I’d asked you?

I’m a bit upset that “Would you like another four book contract?” didn’t come up, but I’ll let that slide for now