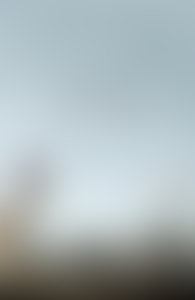 Ben Ehrenreich is the author of two novels, Ether and The Suitors. His writing has appeared in Harper’s, The New York Times Magazine, and the London Review of Books, among other publications. A recipient of the National Magazine Award, Ehrenreich lives in Los Angeles.

The Way to the Spring

Why reporting on the West Bank matters | Author Ben Ehrenreich

In The Way to the Spring: Life and Death in Palestine, author Ben Ehrenreich gives a much needed voice to the Palestinian people of the West Bank, a population he believes has long been denied the opportunity to share its side of the ongoing conflict with Israel.

In this interview, we discuss the way the Palestinian perspective has been portrayed by American media, and why Israel’s policy of collective punishment may be standing in the way of a lasting peace.

PENGUIN RANDOM HOUSE: Why Palestine? Why did you want to visit the region and write about it?

BEN EHRENREICH: I went for the first time in 2011 on assignment for Harper’s. I was interested in the region, but didn’t feel a great tug to go there except for the passing interest that brings me to any story. I got sufficiently drawn in by what I saw. I was taken aback by the clear injustice of what I saw everywhere I went in the West Bank. It was a pretty quick trip: I think I was there for three weeks. By the end of it, nearly half of the people I interviewed were imprisoned, hospitalized — something terrible had happened to them. As much as I thought I knew about the region, I was pretty astounded by what I saw and how bad things were, and how clear the imbalance of power was.

From the US it’s easy to think it’s a conflict that has lasted for a really long time, and there’s two sides of every story, et cetera, et cetera, but it was very clear which side had the upper hand and how cruelly it was using its power. That drew me back to write another piece about a year later. It was for the New York Times magazine. When I went back I spent more time there. I was impressed not just by the painful things I was seeing, but by the humor and resilience with which people dealt with the difficulties of their daily lives, which made it a surprisingly — I’m not going say pleasant — but really made it a good place to be in a lot of ways. I was surrounded by so much humor, and I think that anyone who has spent time in the West Bank will know what I’m talking about: that as difficult as it is, people find ways to live lives that are quite complete.

PRH: How is what you found there different from the media narrative that Americans typically receive regarding the conflict as a whole and the Palestinians as a people?

BE: It was extremely different, and I think that it’s one of the things that made me write the book. It became very quickly clear to me that Americans are not getting an entire half of the story; that in most media representations of Palestinians they are either fanatical terrorists or dead victims. Those are basically your two options: You can be a corpse or a terrorist. For the most part, and I think this is true across the mainstream media, the perspectives we get are Israeli perspectives. Even when we’re given Palestinian perspectives, we’re not given the chance to see them as human beings, with as much complexity as Israelis and the other people on the planet. It was partly to try to begin to correct that imbalance that I wanted to write this book.

PRH: I’m intrigued by the use of language regarding the conflict. When we talk about it over here, one of the terms that we use to describe the Israelis is “settler,” which, for me, conjures forth images of homesteaders and pilgrims. That’s a little different from the reality, isn’t it? The land that they’re fighting over isn’t empty land, either.

BE: No, it’s certainly not. One of the foundational myths that the Israelis have used for quite awhile is “A land without people for a people without land.” I think those were Golda Meier’s words. Throughout what is now Israel and the occupied territories there have been people for thousands of years. I think that there’s actually more of parallel than what we’d want to admit between the Israeli settlers in the West Bank and the American settlers who took over the West. Both were convinced they had God-given rights to the land, both were convinced the population that already lived on the land was marginal and had no claim to it, and both employed pretty extraordinary violence in taking the land. Certainly, our own history is a horrifically bloody one.

PRH: There’s the idea of collective punishment in your book: These aren’t just one or two people being singled out and arrested. There was a shooting in Israel recently, and the subsequent Israeli decision to bar Palestinians traveling into Israel was condemned by some as a form of collective punishment. Is punishing the Palestinian population as a whole very common?

BE: Yes, I think that it’s standard practice. The incident that you’re referring to is a really horrible shooting in Tel Aviv in which four Israelis were killed and others were injured. The Israeli government responded to this by sealing off the West Bank entirely and cancelling the entry permits of 83,000 Palestinians. Those permits are used to cross into Israel to work, worship, and receive healthcare, so 83,000 people who had nothing to do with that shooting will be deprived of their right to work, worship, and receive healthcare.

I think it’s easy to see that this is clearly not just a security measure, but collective punishment. All throughout the last few months, since this most recent wave of violence began, whenever there’s been an attack on Israelis, what the Israelis have done is to seal off the city or the village from which the attackers came, so all of their neighbors, their entire community, has to pay for the actions of one or two people. Sometimes these closures last for a day or two, sometimes for substantially longer. I think that’s a microcosm of the Israeli’s approach to dealing with resistance to this occupation: Using overwhelming force to punish the entire population for any act of resistance. Morality aside, it very clearly hasn’t worked. It has gone on for decades. Collective punishment only breeds more anger, more resentment, more despair, and more violence.

PRH: The Palestinians are dependent upon the infrastructure and economy of Israel to earn a living. It seems like the Palestinians can be trusted to come and do work and labor, but not to be integrated into society.

BE: I don’t know that integration has ever been a question or a choice here. There hasn’t been the same discourse around this as there has been, for instance, in this country. There is a sizable number of Palestinians that work in Israel, mainly in construction, but also in shops: the same kind of low-wage jobs we reserve for immigrant labor in the US. Fewer Palestinians work in Israel now than used to.

The first intifada was a largely nonviolent uprising in the late eighties and early nineties, and one of the main methods that the Palestinian society used was to declare strikes and boycotts which made Israel realize how vulnerable it was by being dependent on Palestinian labor. After the first intifada, Israel started allowing more guest workers in from southeast Asia and south Asia in particular, to do some of that work. The Palestinians still do a lot of work inside Israel, though.

PRH: To what extent is the reliance of Palestine upon Israel a cultivated one? Are the Palestinians allowed to build their own infrastructure?

BE: The quick answer is no. All major construction and infrastructure projects are all dependent upon Israeli approval, and do not get it, which leaves the West Bank dependent on Israel for its water — even though the water is being pumped from under the West Bank and it is Palestinian water — and for electricity. There’s no 3G system in place for Palestinian cell phone users in the West Bank because the Israelis have not permitted them to put up a 3G system. In all instances of basic infrastructure Israel has stood in the way of Palestinian development.

PRH: There’s not only suppression but also cultivation of dependency?

BE: I think economically as well Israel under the terms of the Rome agreement controls most aspects of the Palestinian economy from imports and exports to currency, and whether or not the Palestinian Authority is given the customs duty that Israel collects on its behalf. One of the things that this has meant is that the West Bank is a large market for Israeli goods, and Israeli has made sure that this remains the case: that the West Bank’s market cannot compete with Israel’s.

PRH: You described a couple of houses in Hebron that are basically prisons where the occupants can only leave at certain times and they can’t have guests. Can you tell me more about that?

BE: Yes, well two of those houses are elsewhere, but there’s one house in Hebron which is referred to locally as “the cage house.” On one side it is facing a settlement. On two other sides it is facing an Israeli military base. On the last side it is facing a field. Most Palestinian homes in Hebron have their windows covered with heavy metal cages to prevent stones and other objects being thrown through them by settlers, but this particular house looks like it is wearing a mask. It is completely covered by a thick steel mesh to keep things being thrown through the windows.

That house, because it is the only Palestinian house in an Israeli settlement, only the people in that house are allowed past the Israeli checkpoint into the house. That means that they are not allowed any visitors. Palestinian society is very much dependent on close families visiting one another. It’s a form of social death, that kind of isolation. A father can’t visit his son, brothers can’t visit one another. Friends can’t visit each other. They are completely cut off, and there’s been periods that they’ve been confined to the house for weeks at a time.

PRH: You didn’t try to incorporate the Israeli experience in the book. Why was that?

It doesn’t really work for the other side. There are plenty of books about the Israeli experience and perspective in which no one demands that we see a countervailing Palestinian perspective. It seemed important to me to try to avoid this kind of false balance and give readers an account of Palestinian life on its own terms and give readers a chance to fully accept a world that they’ve probably never seen.

PRH: What do you hope people take away from the book?

BE: There are so many myths that construct the narrative through which we see this conflict and Palestinian life more generally, and I hope the book helps to break through some of this. I hope that it opens people’s hearts and minds to experiences that they have not considered, and by doing that allow them to see this very knotty and ugly political situation in an entirely new light.