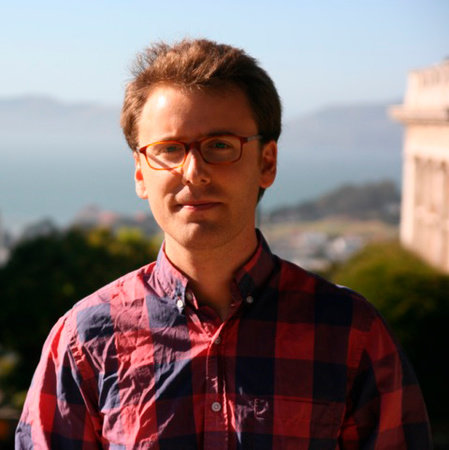 Voices from the Valley

Can you explain the significance of the title Moneymakers?

“Moneymaker” was the colonial word for counterfeiter. When Owen Sullivan, the first counterfeiter profiled in my book, gets into a drunken fight with his wife in Boston in 1749, she calls him a “forty-thousand-pound moneymaker.” The neighbors overhear this remark and tell the police, who discover fake bills and printing materials at Sullivan’s house and arrest him. I liked the word “moneymaker” because it’s so literal: of all the ways to acquire money, only “moneymaking” involved actually manufacturing it. A disgruntled silversmith could disappear for a week and return richer than the city’s wealthiest merchant. Getting rich quick inspired as much awe and envy back then as it does today. For those riches to be fabricated by hand, and not earned the old-fashioned way, made counterfeiting seem like magic. It’s easy to see why counterfeiters became the outlaw celebrities of their day. They embodied the enduring fantasy of instant wealth. Their fortunes were, in every sense, self-made.

What initially drew you to the topic of counterfeiting?

When I started reading about the subject, I became fascinated with the stories of the individual counterfeiters. Very few began as professional criminals. Most started out as craftsmen: silversmiths or engravers, usually. Creating a plate for printing counterfeit bills required tremendous dexterity. The success of an entire operation essentially rested on one pair of hands. So counterfeiters tended to be talented artists—but they were also aggressively entrepreneurial. They needed to think on several levels: quality of the craftsmanship wasn’t the only factor determining the success of a counterfeiting enterprise. There was the sale of the notes themselves, whether to regional distributors or to gangs of “passers.” There was the geographical question of which communities to target. Perhaps most importantly, counterfeiters had to elude law enforcement and, as their notoriety grew, the prospect of lifetime imprisonment or execution. For these reasons they came to understand the political and economic landscape of early America far better than most criminals of the era.

Do you think your book has special relevance today?

The financial crisis reminded us how rapidly wealth can evaporate. It reminded us that, despite huge advances in technology, we still live in a very precarious system. What Moneymakers brings into focus is that financial volatility hasn’t been the exception in American history: it’s been the rule. It’s tempting to think of our economic trajectory as one continuous ascent since the 18th century. But America’s path to prosperity has been anything but linear: it’s run from boom and bust, through wars and political upheavals, and impoverished people at least as often as it’s enriched them. Men and women two hundred years ago were not substantially different from us. They were just as delusional about the prospect of inexhaustible growth in the 19th century as we were in the early part of the 21st—and just as shocked and angry when those delusions gave way.

Of course, many specific circumstances have changed since then. Counterfeiters were once ubiquitous in American life; today, they’ve virtually disappeared. Until the final decades of the 19th century, counterfeiters provided a significant portion of the nation’s money supply, feeding America’s addiction to paper credit with fresh infusions of fake currency. These days, counterfeit bills account for a negligible portion of the total in circulation. But though physical counterfeiting has declined, the spirit of counterfeiting endures. Counterfeiters’ core insight was that confidence creates value. If a paper rectangle carried the right marks in the right places, and the person holding it appeared trustworthy, then it became valuable. Much of today’s financial trickery proceeds from the same principle.

What surprised you most while researching and writing?

There was a lot that surprised me. Maybe the most surprising single fact was how many different private paper currencies circulated in the United States before the Civil War. I’d thought we’d always had a single federal currency, but it wasn’t until the 1860s that it became politically possible for Congress to phase out the bills of some sixteen hundred state banks and replace them with national notes. More surprising than this, however, was how long the American people endured—and in many cases, endorsed—a system with so many evident flaws. From the Revolution until the Civil War, they dealt with hundreds, and eventually thousands, of different banknotes, each fluctuating in value. They were victimized by predatory lenders, speculators, and a banking sector that swung from prosperity to panic, with devastating effects. The federal government could’ve stepped in to simplify and stabilize this state of affairs. But the American people generally resisted the idea of a federal government powerful enough to make meaningful interventions in the economy and the currency, even if it would be to their benefit. The resistance to federal power was rooted in a particular interpretation of the Constitution and a long legacy of limited government. It led people to act against their economic self-interest, en masse and for long periods of time. Outdated notions of proper governance proved remarkably persistent, even when modern circumstances demanded something very different.

Your book focuses on three counterfeiters. What made you decide on these people in particular?

With this subject there’s no shortage of colorful characters and engaging anecdotes. But I wanted to focus on people who, in some way, illustrated the story of America’s financial evolution. These three men stood out because they intersected with the broader currents of their respective eras in exceptionally interesting ways. They were each active at moments of major change in the American monetary landscape. For example, Owen Sullivan launched his counterfeiting career in 1749, the same year that the Massachusetts legislature passed a highly controversial bill phasing out the colony’s paper currency within the next two years. Decades later, David Lewis picked a similarly momentous time: just as the rapid proliferation of note-issuing banks flooded the early United States with new bills, with obvious benefits for counterfeiters. Samuel Upham took advantage of the unique circumstances brought about by the Civil War. He forged Confederate money with impunity from the safety of Philadelphia, peddling his fakes openly to soldiers and smugglers headed South. Sullivan, Lewis, and Upham gave me a way to connect the story of American counterfeiting with the story of America as a whole.

When you write history, you begin to see a lot of common ground between the past and the present. Almost every day, I would encounter a fact or a story that called to mind current events. America may look a lot different in 2010 than it did in 1690-1865, which is roughly the period covered by my book. But there are certain resonances. One theme that seems to have persisted, despite the major realignments of the last century, is the notion of getting “something for nothing.” America’s first settlers thought of this country as a blank: “vacuum domicilium,” in John Winthrop’s words, or vacant land. This was a fantasy, of course: the land wasn’t vacant, and clearing it involved a centuries-long struggle. But the idea of forging value in a void remained a powerful one.

Paper money belongs to this tradition. It makes something out of nothing by investing an otherwise worthless material with monetary value typically reserved for gold or silver. In fact, the American colonies were the first governments in the Western world to print paper currency. The notes first appeared in 1690 in response to the severe shortage of precious metals that plagued colonial life. Faced with a scarcity of coin, colonial America needed a way to fund wars and collect taxes and conduct trade: more broadly, it needed a way to convert the ambitions of its inhabitants into real economic growth. Paper currency met that need. It provided a country with few natural resources and little political or economic leverage the fuel to colonize an entire continent. Our economy ran on paper promises that, in many cases, couldn’t be kept—yet our collective faith in these promises helped produce real things, like canals and railroads. By postponing the present in anticipation of the future, paper promises helped America grow.

Did you develop a new appreciation or understanding of the American economy through writing this book?

Our economy has grown so much in scale and sophistication that it’s hard to draw exact parallels. But there are certain patterns that feel very familiar. In the book I write a lot about confidence. It sustains the economy by underpinning the value of our currency; it also enriched counterfeiters over the centuries, who grew very adept at cultivating it. In the period covered by the book, Americans tended to have a confidence problem: they either had too much of it, taking risks as everything surged, or too little, fleeing the market as everything crumbled. As long as everyone believed something had value—whether a piece of colonial money or a stock certificate—it did. But when that faith faltered, mistrust spread throughout the system, triggering a panic. The essential features of our most recent crisis would be familiar to people living through the Panics of 1819 or 1837 or any of the several subsequent disruptions in the following decades. The issue of how crises are created is very contentious, and I’ve tried to be careful about not drawing unfair comparisons. Without diminishing the complexity of the debate, though, there are fascinating convergences between past and present when it comes to America’s turbulent finances.

What do you hope readers take away?

I think the most exciting thing about history is that it’s filled with real people. They felt pain when they lost their life savings in financial panics. They argued bitterly about the role of government in the economy, just as bitterly as we do today. The more time I spend reading about the past, the more I’m reminded of people I know today. The correspondences aren’t perfect, but enough of them exist to suggest human that nature hasn’t changed much in the last three centuries. If there’s a larger lesson to the book, that might be it.