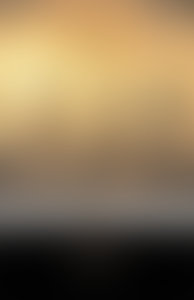 Betty Radice read classics at Oxford, then married and, in the intervals of bringing up a family, tutored in classics, philosophy and English. She became joint editor of the Penguin Classics in 1964. As well as editing the translation of Livy’s The War with Hannibal she translated Livy’s Rome and Italy, Pliny’s Letters, The Letters of Abelard and Heloise and Erasmus’s Praise of Folly, and also wrote the introduction to Horace’s Complete Odes and Epodes, all for the Penguin Classics. She also edited Edward Gibbon’s Memoirs of My Life for the Penguin English Library, and edited and annotated her translation of the younger Pliny’s works for the Loeb Library of Classics and translated from Renaissance Latin, Greek and Italian for the Officina Bodoni of Verona. She collaborated as a translator in the Collected Works of Erasmus, and was the author of the Penguin Reference Book Who’s Who in the Ancient World. Betty Radice was an honorary fellow of St Hilda’s College, Oxford, and a vice-president of the Classical Association. Betty Radice died in 1985.

Selections from the Carmina Burana

The Journey Through Wales and the Description of Wales