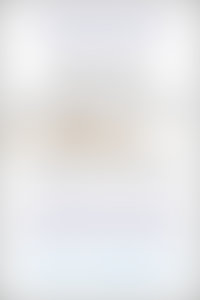 Ms. Finnigan is a nationally recognized addiction specialist. She received her Certification in Chemical Dependency from UCLA and did her internship at Cedars-Sinai Hospital where she worked in Addiction Services. She was certified in Sex Addiction and Codependency at The Meadows. She received her intervention training from the man who developed the process, Dr. Vern Johnson. “Intervention is a relatively new concept,” she explained. “It’s only been in use about 40 years. I feel extremely fortunate to have been personally trained by Dr. Johnson.” She has been affiliated as an interventionist with the Betty Ford Center, Sierra Tucson, The Meadows, Cottonwood de Tucson, New Seasons Behavioral Health Center, Promises West and Malibu, Vista Taos, Hazeldon, Talbots, Caron, and many other treatment centers.

Candy has been involved in all areas of recovery for over 17 years. Not only as an interventionist, but also in relapse prevention, and family and individual counseling. Additionally, she has extensive experience in assessment, placement, and aftercare treatment. She has been a group facilitator for many years, with both adult and adolescent clients.

She herself has been in recovery for over 20 years. “I was inspired to go into this work because I saw that as a recovering woman, I might be able to connect with suffering people in a way that others couldn’t” she says. “It’s not just my work, it’s my life.”

Ms. Finnigan has been married for 37 years. She and her husband Mike have two grown children; son, Kelly, and daughter, Bridget.

Candy and her brother-in-law Sean Finnigan are proud to announce their affiliation with Trident Media. Because of the tireless efforts of agent Eileen Cope, they recently signed a book deal with the Penguin Group imprint, Avery. The new book, When Enough is Enough: A Tell-It-Like-It-Is Guide To Successful Intervention, will be released on April 8, 2008. Candy is still very honored to be a part of A&E’s docudrama Intervention which is now in its fourth season.

When Enough is Enough