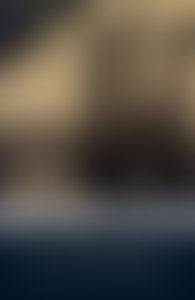 Wilfred Owen was born in Oswestry, a Shropshire town close to the Welsh border, on 18 March 1893. Intended first for the church, Owen finally decided at the age of 20 that literature meant more to him than evangelical religion. He was working as a tutor in France when Germany invaded Belgium and war was declared in 1914. Owen enlisted a year later, was commissioned into the 5th (Reserve) Battalion, Manchester Regiment in 1916, and crossed to France at the end of that year. By mid-1917 he was diagnosed as suffering from shellshock, and was invalided back to Craiglockhart War Hospital in Scotland, where he met Siegfried Sassoon. He wrote some of his most powerful war poetry at the start of 1918 before he was declared fit to return to France. Owen was awarded the Military Cross for his service in the last British assaults on the German line, but he did not live to wear it or to see in print most of the poems that would make his name. In the early morning of 4th November 1918, his platoon was caught in heavy fire and Wilfred Owen was killed, only seven days before peace was declared.

Jon Stallworthy, born in 1935, is Professor of English at the University of Oxford. He is also a Fellow of Wolfson College, a poet, and literary critic. His works include seven volumes of poetry, and biographies of Wilfred Owen and Louis MacNeice. He has edited several anthologies and is particularly known for his work on war poetry.