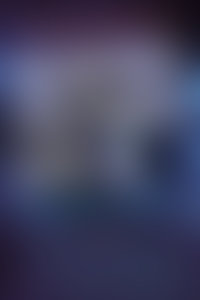 Robert Silverberg has won five Nebula Awards, four Hugo Awards, and the prestigious Prix Apollo. He is the author of more than one hundred science fiction and fantasy novels and more than sixty nonfiction works.

Sign me up for news about Robert K. Silverberg and more from Penguin Random House

How do you define epic fantasy and what are its core elements to your mind?

I don’t spend much time thinking about these definitions. LORD VALENTINE’S CASTLE is a quest story –– the protagonist first must rediscover his lost identity and then reclaim it –– and in the process of doing that he needs to find companions, to undergo certain adventures, to regain some sense of autonomy as a human being. But these are fundamental aspects of fiction and I didn’t need to make a list of ”core elements” in order to know what I had to write about.

When I first read Lord Valentine’s Castle, I thought of it as epic fantasy but lots classify it as science fiction. Was your intent to mix genres? Is it space opera or is it who cares, I write it and you can sort it out later?

I never gave genre a thought when writing the book. It’s science fiction, in that it takes place on a far–off world in a far–distant era, and it’s fantasy, in that there is some degree of wizardry in it, but my main concern was in telling a lively and compelling story, not in following the rules of any particular genre.

How much effort do you put into worldbuilding before you sit down to write? Or do you just throw it together as its needed?

I began LORD VALENTINE’S CASTLE with the notion of Majipoor as a giant planet–sized city, divided into vast subcities. But as Majipoor evolved in my mind, I realized that it couldn’t all be covered by a single gigantic city, as I had originally thought. There had to be agricultural zones, forests and valleys, mountains and deserts, and such. Nevertheless I stuck to my basic notion of a huge planet that had a population of many billions, most of them living in enormous cities of great beauty and fascination. And from that came all the rest. In order for human beings to live comfortably on so big a planet, the gravitational pull would have to be something reasonably similar to that of Earth –– which meant a light core for the planet, very little in the way of metals. Metal–poor Majipoor therefore could not be a high–technology planet, Since it exists some fifteen or twenty thousand years in our future, though, it is able to take advantage of technological breakthroughs that seem like sheer magic to us, and so there is enough in the way of transportation, communications, and sanitation to provide a comfortable existence for the billions of inhabitants. And so forth. Each step in the construction of the planet led to the next logical development, and it was all fairly carefully worked out before I began writing the book.

When you wrote this book, it came after several years where you had thought you’d given up writing for good. What brought you back, endless dreams of Majipoor you couldn’t let go to waste? Seriously, the world is so developed and detailed, I do wonder how much of that you had sorted before you ever wrote a word of prose?

After an absence from writing of nearly five years, I felt the need to get back to it, and I wanted to return with a big book, one that would make people sit up and take notice. And since the books I had written just prior to my long period of silence had been, by and large, pretty dark ones, I wanted the new one to be bright, cheerful, of a different tone altogether. The first notes I took about the book said, ”The novel is joyous and huge –– no sense of dystopia. The form is that of a pilgrimage across the entire sphere. (For what purpose?) A colossal odyssey through bizarre bazaars. Parks and wonders.” Then I paused and added, ”The book must be fun. Picaresque characters. Strange places—but all light, delightful, raffish. Magical mystery tour.” A moment later and I had my basic plot theme: ”Young man journeying to claim an inheritance that has been usurped. His own identity has been stolen and he now wears another body.” A title offered itself: LORD VALENTINE’S CASTLE. And so everything was in place and I started working things out in detail until I had an 18–page outline.

You have written two trilogies, numerous short stories and a standalone novel in the Majipoor Cycle. Did you envision the series continuing to capture your interest this long? Or even being reissued 30 years later yet again.

Originally I thought CASTLE would be a standalone novel. Then I began thinking about aspects of Majipoor that could not fit into the book, and I started writing the short stories that became MAJIPOOR CHRONICLES. And finally I saw that CASTLE needed a sequel to resolve the problem of the rebellious Shapeshifters, and out came VALENTINE PONTIFEX. But I conceived the series one book at a time. And of course I expected them to be still in print 30 years later! In those days, any solid s–f novel held its readership for decades.

The second book, Majipoor Chronicles, was a collection of short stories as Hissune learns the history of Majipoor. Was this an exercise in writing prehistory and filling in gaps as much for yourself as readers?

As I said above, yes. Majipoor has thousands of years of history and I merely scratched the surface in CASTLE.

How much of the pre–Majipoor history do you have figured out, such as how they came from Old Earth, etc.?

None of that was relevant to the story I was telling, any more than the travails of the Pilgrim Fathers would be relevant to a novel dealing with contemporary life in America. I deal with a little of it in one of the later short stories but most remains unwritten.

The third book is more spiritual as a religious rebellion of sorts arises and Valentine is rising to Potinfex with Hissune poised to become Coronal, but complications ensue. It has a bit different tone and takes place several years after the first two. Why choose such a gap? Many would likely have enjoyed spending more time with Valentine as Coronal.

Valentine becomes Pontifex late in the book, and Hissune comes out of nowhere to be Coronal. I think I picked the right place to start the book –– with Valentine established once more on the throne and the Shapeshifters causing real trouble.

Will there ever be yet another trilogy?

There won’t be any more trilogies. Writing these long books takes tremendous stamina and I would be in my eighties by the time I finished a new trilogy –– at my age I’d rather kick back and take things a little easier. Wouldn’t you? But I did deal with Lord Stiamot in a novelet called ”The End of the Line” that will be included in a new collection called TALES OF MAJIPOOR, a book similar to MAJIPOOR CHRONICLES in structure, that will be published next year. I agree that there’s a big story in Stiamot, and I may return to it some day; but for now readers will have to be satisfied with my two stories about him, the one in TALES and the one in CHRONICLES that bracket the start and finish of his career.