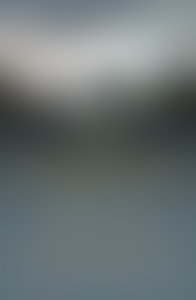 Craig Mullaney grew up in a blue-collar, Irish-Catholic family in Rhode Island and graduated from West Point in 2000. An Airborne Ranger, Mullaney earned a Rhodes Scholarship to Oxford University. In 2003, he led an infantry rifle platoon along the border between Afghanistan and Pakistan. His platoon operated along the entire spectrum of operations—from humanitarian assistance to combat engagements against Al Qaeda and Taliban fighters. Mullaney was later selected to join the Old Guard, the Army’s elite honor guard for Arlington National Cemetery. He served three years on the history faculty of the U.S. Naval Academy, focusing on the history of American foreign policy. Mullaney’s military awards include the Combat Infantryman’s Badge, Bronze Star Medal, and Army Commendation Medal with “V” device for valor. He was an adviser on the Obama-Biden campaign and is now a member of the President-elect’s Transition Team.

Sign me up for news about Craig M. Mullaney and more from Penguin Random House