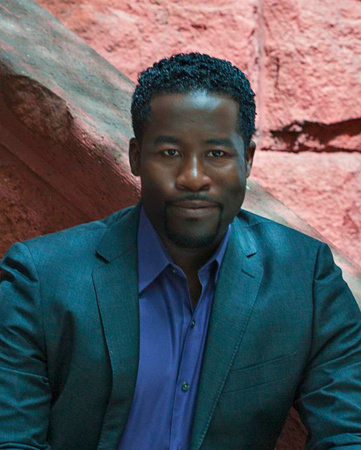 Daniel Beaty is an award-winning actor, singer, writer, and motivational speaker. His critically acclaimed plays Through the Night, Emergency, Mr. Joy, and The Tallest Tree in the Forest – Paul Robeson, have garnered numerous awards including an Obie Award for writing and performance and two NAACP Theater Awards. A highly requested keynote speaker and thought leader, Beaty has worked throughout the United States, Europe, and Africa speaking and performing on programs with luminaries such as Deepak Chopra, Hill Harper, Jill Scott, Donnie McClurkin, and Bill Cosby.  An adjunct professor at Columbia University (columbia.edu) and youth development specialist, Beaty has spoken at all-staff retreats and led leadership training for non-profits including City Year (cityyear.org) and Year Up (yearup.org). In fall 2013, Beaty launched a nationwide initiative using the tools of storytelling to help individuals and communities heal trauma funded by the W.K. Kellogg and Ford foundations among others. He holds a BA with Honors in English and Music from Yale University and an MFA in Acting from the American Conservatory Theater.  His poem Knock Knock became an internet sensation, receiving millions of views and has been transformed into a children’s book, also titled Knock Knock. Follow Daniel’s work at DanielBeaty.com and twitter.com/DanielBBeaty.