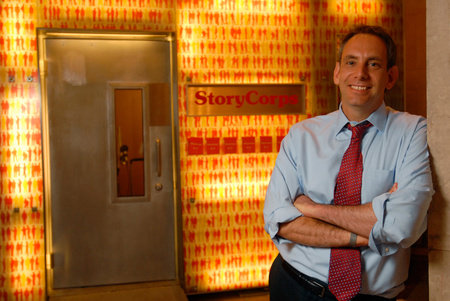 David Isay is the founder of StoryCorps and its parent company, Sound Portraits Productions. Over the past two decades his radio documentary work has won nearly every award in broadcasting, including five Peabody awards. David has also received a Guggenheim Fellowship, a MacArthur Fellowship, and a United States Artists Fellowship. He is the author (or coauthor) of numerous books based on Sound Portraits’ radio stories, including Our America: Life and Death on the South Side of Chicago and Flophouse. He and his wife, Jennifer Gonnerman, live in Brooklyn.

Listening Is an Act of Love

Finding what you are meant to do | Dave Isay