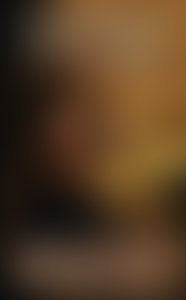 Elizabeth A. Vaughan is the USA Today bestselling author of the Chronicles of the Warlands series. She believes that the only good movies are the ones with gratuitous magic, swords or lasers. Not to mention dragons. At the present, she is owned by incredibly spoiled cats and lives in the Northwest Territory, on the outskirts of the Black Swamp, along Mad Anthony’s Trail on the banks of the Maumee River.

Chronicles of the Warlands

I didn’t know … I really didn’t. Maybe because I was too close to see it, or maybe because that’s not the way stories unfold.

When I finished the Chronicles of the Warlands, I thought I was done with those characters, and that world. Although they were dear to me, a new character was demanding that her story be told, and I turned my attention to Red Gloves and Josiah, and told their tale in Dagger-Star. While writing it, I came to understand that it was set in the same world as the Chronicles, but I didn’t give that much thought at the time.

Their tale lead to another, and I found myself deep in the adventures of Lady High Priestess Evelyn and Orrin Blackhart in White Star. Suddenly, one of those characters revealed himself to me in such a way that I knew the Chronicles and the Epic of Palins over-lapped, but not much more than that.

But as I focused my attention on Bethral and Ezren, all the prior tales seemed to come together, like a puzzle with a pattern I hadn’t seen until I held the right piece in my hand. For the first time, I realized that Bethral and Ezren faced dangers they’d never imagined, and that the fate of the Plains rested in their hands. Destiny’s Star tells us not only of their struggles but shows us even more of the Plains and its people.

I hope you enjoy Destiny’s Star; I know that I enjoyed writing it. But even as you read this story, I am working on another.

And who’s to say where that may lead?