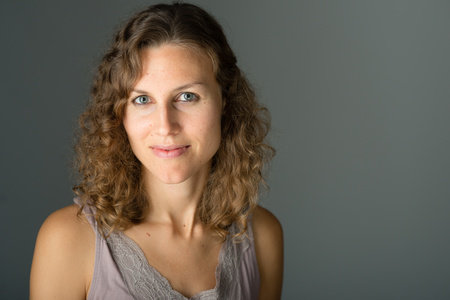 Emily Robbins is the author of the extraordinary novel A Word for Love, and she has lived and worked across the Middle East and North Africa. From 2007 to 2008, she was a Fulbright Fellow in Syria, where she studied religion and language with a women’s mosque movement and lived with the family of a leading intellectual. Robbins holds a BA from Swarthmore College and an MFA from Washington University in St. Louis, and and in 2016 she received a second Fulbright, to study in Jordan. She lives in Chicago and Brownsville, Texas.

A Word for Love

In her debut novel, A Word for Love, author Emily Robbins introduces us to Bea, an American exchange student living in Syria. Bea has set out on this adventure because of her fascination with the Arabic language – and before long, she becomes as fascinated by her host family, with whose lives she is steadily more and more intertwined during her stay. In writing this novel, Robbins tapped into the knowledge and experience she gained during her own time in the Middle East. From 2007 to 2008, she was a Fulbright Fellow in Syria, where she studied religion and language with a women’s mosque movement and lived with the family of a leading intellectual. We caught up with Robbins to talk about Syria as it was and as it is today, the conception of her novel, the responsibility of the writer, and more.

PENGUIN RANDOM HOUSE:Your debut novel, A Word for Love, is set in Syria. You have spent ample time in the country, especially in the years just prior to the Civil War. Tell us about the Syria that you came to know. What was it like to live and study there?

EMILY ROBBINS: It is hard to think back to that time and find an answer that isn’t colored by what’s happened since. But, I remember Damascus as being utterly beautiful – especially when seen from a hill above, or in the old city. Also very different from the small towns I was used to in the U.S. My impression of Damascus depended so much on the people who were around me. I happened to be around artists and activists. Activism was quite dangerous in Syria before the war (as it is now), and so that sense of danger – the fact that art was censored, and so one had to be brave to speak one’s opinion – that colored my sense of the country, but also taught me much about speaking out, and the bravery of both big and small acts, and what can be at stake.

At the same time, Syria before the war was a place with a lot of life, diversity, and beauty. One thing I think most Americans don’t realize is that Syria has been a haven for foreigners for thousands of years. Damascus is the oldest continuously inhabited city in the world; it is on the old silk routes, and so from its beginning it has been a center for trade, attracting people from all over the world. I have been reading earlier travelers’ accounts of Damascus recently, and almost all of them remark on how breathtakingly beautiful the city was, and on the strength of its art and craftsmanship.

PRH: Was it during that time that the story in A Word for Love began to take shape? What else played into the inspiration for this novel?

ER: I began to think about the story for A Word for Love when I was a Fulbright researcher in Damascus. However, it was only written years afterwards. Before becoming a writer, I studied anthropology. These studies gave me a love of language and culture that influences much of my fiction, and certainly influenced this book. It was an anthropology professor who first told me that students of anthropology could write fiction. Later, I learned about writers like Amitav Ghosh who did just that, and so instead of applying to doctoral programs in anthropology, I applied to MFAs, to try to write a novel. That novel became A Word for Love.

PRH: How much of yourself is in Bea, the American exchange student living in Syria around whom A Word for Love revolves?

ER: Both a lot and nothing! Bea was a difficult narrator for me, because there is so much she doesn’t say outright – the puzzle is always trying to figure out, how can I express this? How might Bea come at it? Determining how to do that was also the fun.

Living in Syria, I did not face the same difficult decisions that Bea faces in the novel, nor was I faced with extreme consequences, either for my actions or inaction, like she is. It is true, though, that I was a foreign exchange student in Syria; that was how I gained my knowledge of day-to-day life in Damascus, and I drew on it.

PRH:A Western writer faces an immense challenge in presenting to American audiences a portrait of the Middle East, as so many Westerners have never and will never set foot there. In today’s political climate especially, understanding these places outside of how they might exist within stereotypes or misinformation is essential. Were you at all intimidated by taking on this challenge? How did you manage it?

ER: When I began writing A Word for Love, I set out to write about subjects that interested me – love, unrest, and language. Syria was the place that I knew well in my early twenties, and it was where I learned many of my lessons about these subjects, so it seemed the natural setting for this book.

Of course, I have thought often about the political ramifications of writing about a place that is now at war (it wasn’t yet when I started), and of being a foreigner and American writing about the Middle East, with all the great history of exploitation that that relationship entails. I do not think that that is a reason not to write, only to write better and more consciously.

As this war wages on, the way Syria is perceived in much of the world is changing. It is tempting to look at Syria now, and see only violence. However, those who are from Syria and who have lived there can tell you that it is so much more. The Syria I knew was a unique and diverse place, full of people who think and love deeply, and I wanted the novel I wrote to reflect this. For the very reasons you mention, now more than ever we need many narratives about Syria, so that it’s not reduced to just one – so that neither my story nor any other is taken as representing the “whole” Syria. There are many authors now – Syrian and foreign – who are setting their stories there, and I am grateful and very proud to be one of them.

PRH:Language – poetry, the learning of, the dictatorial limitations on – plays such an important part in your novel. In this digital age, do you worry about the sacrifice of language for convenience? Is there anything we (as a general population) need to be doing more of in order to preserve the beauty and complexity of language?

ER: Honestly, I don’t worry about that. We now have more and more means of communication. This doesn’t mean that the more traditional forms need to be lost. What it does mean is that every new form of communication provides a new opportunity for experimentation with language. There is a classic short story by Robin Hemley called “Reply All,” which takes the form of a series of emails. I love this story. It wouldn’t have been written without the coming of the digital age – nor would have the blog Riverbend, which helped people around the world better understand day-to-day life during the occupation of Iraq. Though of course I worry about screen-time, I am very grateful to the digital age for bringing me these two pieces – and so much else.

PRH:Speaking of language, your use of written dialogue is stunning. Are there any rules you follow either unconsciously or consciously in portraying conversation well that you might offer up to other writers?

ER: Thank you! I don’t know if it’s helped me write dialogue, but I talk out loud while I write. It makes it very hard to work in public places (any of my roommates and my husband can attest to this)!

I also used to engage in strange writing experiments. I remember for a whole year of my life – between the ages of twenty-three and twenty-four – I wrote nothing but dialogue. Not a single descriptive sentence, and not a single metaphor. This did not lead to any good stories that year; however, I like to think it trained my ear. Dialogue hasn’t been a source of fear for me since then – metaphors have been.

PRH:Congratulations on your second Fulbright, which is taking you to Jordan for your studies. What do you expect of your time there?

ER: I’m in the middle of the Fulbright right now! I applied to research a novel set in the nineteenth century, and that is what I’m doing. I’m learning much about fashion and material culture of the 1800s, which I adore.

PRH:It’s apparent that the Middle East holds much appeal for you. Why is that? What about it do you find draws you in?

ER: I first went to Syria to study Arabic because I had an older cousin who had been passionate about it. So in the beginning, traveling to the Middle East was a way of being part of my family in the U.S. I have always loved learning languages – it has always been a passion of mine, and when I starting learning Arabic, it quickly became something I did for myself. As a writer, I find it extremely helpful whenever I can leave my own language and look at it from outside, or live in a different one. Learning Arabic gave me a whole new vocabulary and way of thinking, and it also allowed me to reflect more deeply on English – on the connections we make between words, and those we don’t.

PRH:What’s next for you in your writing life?

ER: Hopefully, another novel. That is what I am working towards.