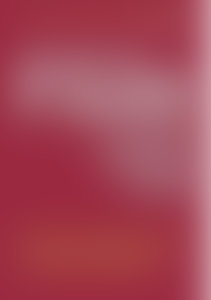 “Some of the 20th century’s most vibrant activist thinkers have been American women—Margaret Mead, Jeanette Rankin, Barbara Ward, Dorothy Day—who took it upon themselves to pump life into basic truths. Frances Moore Lappé is among them.” —Washington Post

Frances Moore Lappé’s message has never been more timely. Her 1971, three-million-copy bestseller, Diet for a Small Planet, awakened a whole generation to the irrationality of feeding mountains of grain to livestock, which return in meat only a tiny fraction of the nutrients fed. Today, with concerns growing over genetically modified organisms and impact of corporate globalization, she teamed up with her daughter Anna to write a sequel.

Mother and daughter then completed Hope’s Edge: The Next Diet for a Small Planet. In it, the two Lappés pick up where the original book left off. Together, they set out on a round-the-world journey to explore the greatest challenges we face at the new millennium. Traveling to Asia, Africa, Latin America and Europe, as well as here in the United States, they sought answers to the most urgent question of our time—whether we can go beyond today’s consumerism and the isolation of me-first capitalism and find paths we each can walk that will heal our lives and the planet.

While writing Hope’s Edge, Lappé, author of twelve other books, was a visiting scholar at the Massachusetts Institute of Technology. Lappé is the co-founder of two national organizations.

In 1975, with Joseph Collins she launched the California-based Institute for Food and Development Policy (Food First) to educate Americans about the causes of world hunger. Still making waves after twenty-five years, the Institute was described by The New York Times as one of the nation’s “most respected food think tanks.” Its publications continue to shape the international debate on the root causes of hunger and poverty.

In 1990, Lappé co-founded the Center for Living Democracy, a ten-year initiative that helped make visible and therefore accelerate the spread of democratic innovations in which regular citizens contribute to problem solving in all dimensions of public life.

Lappé served as founding editor of the Center’s American News Service, which over five years placed solutions-oriented news stories in more than 300 newspapers, including almost half of the nation’s top 100 newspapers by circulation.

Lappé’s books, used in a broad array of courses in hundreds of colleges and universities and in more than 50 countries, have been translated into over a dozen languages. Lappé’s 1989 book, Rediscovering America’s Values, written as a dialogue, has sparked discussion on democratic values in thousands of settings. The Los Angeles Times called the book “original” and “provocative”- a “remarkable and valuable resource…It will help individual readers clarify their own personal values.”

Her 1994 The Quickening of America: Rebuilding Our Nation, Remaking our Lives focuses on the success stories and practical tools of citizen problem solving. Lappé’s life and work have been featured in People Magazine, The Boston Globe Magazine, The Utne Reader, Vegetarian Times, Orion Magazine, and many other publications. Lappé’s articles have appeared in publications as diverse as The New York Times, Los Angeles Times, Readers’ Digest, Christian Century, Chemistry, Le Monde Diplomatique, National Civic Review, Tikkun, and Harpers.

Her television and radio appearances have included the Today Show, CBS Radio, and National Public Radio. Lappé’s work has been featured in several television documentaries, including an hour-long special devoted to her life that aired in Australia and Great Britain. She lectures widely to university audiences, community groups, and professional conferences.

Lappé has received 15 honorary doctorates from distinguished institutions, including the University of Michigan, Kenyon College, Allegheny College, and Lewis and Clark College.

In 1987 in Sweden, Lappé became the fourth American to receive the Right Livelihood Award, sometimes called the “Alternative Nobel,” for her “vision and work healing our planet and uplifting humanity.” In her 30’s, Lappé received the annual Mademoiselle magazine award, honoring young American women leaders. Lappé’s book awards include the World Hunger Media Award and the Henry George Award. In 2000, she was inducted into Natural Health Magazine‘s Hall of Fame.

You Have the Power