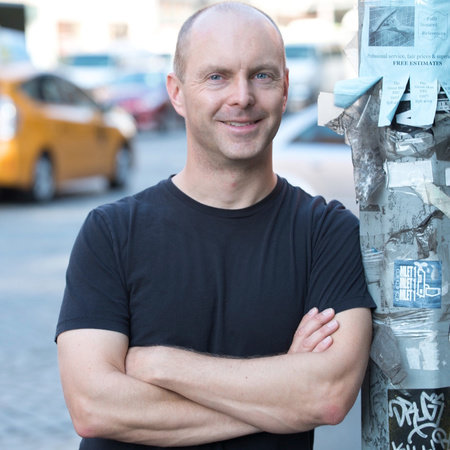 Geoff Rodkey is the author of the bestselling Tapper Twins comedy series; the Chronicles of Egg adventure trilogy; and The Story Pirates Present: Stuck in the Stone Age, a comic novel bundled with a how-to guide for kids who want to create stories of their own. He’s also the Emmy-nominated screenwriter of such films as Daddy Day Care and RV. Geoff grew up in Freeport, Illinois and began his writing career on his high school newspaper. He now lives in New York City with his wife, three sons, and an easily confused gerbil. Learn more at geoffrodkey.com, and follow Geoff on Twitter at @GeoffRodkey.

We’re Not from Here

The Story Pirates Present: Stuck in the Stone Age

The Chronicles of Egg