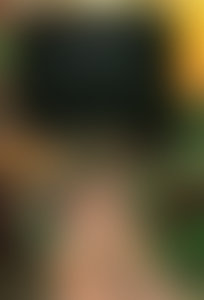 Gloria Jean Pinkney was born in Lumberton North Carolina where she set her first book BackHome. While attending high school in Philadelphia she met her husband illustrator JerryPinkney who attributes much of his success to her long-standing involvement in hiswork.

Over the years Gloria has collaborated with Jerry in making quality books for children. She hashired his models assembled costumes photographed sets and helped him research. Today shecontinues to be closely involved with the illustration process. Back Home marked anew collaboration between the Pinkneys — the first book written by Gloria and illustrated byJerry the product of a long happy and productive partnership.

Back Home evolved out of a family reunion in Lumberton North Carolina. Itrekindled some old memories and I realized how much history there was in my own family. WhenI came home and started thinking about it I knew I was ready to write a book. The story is basedon a trip I took to Lumberton when I was eight years old. I named the main character Ernestine after my mother and dedicated the book to her. The book has received widespread acclaim andSmithsonian said that it deserves to become an heirloom.

The Sunday Outing Gloria’s latest book is the prequel to Back Home.She says, When I was a youngster my great aunt and I would often spend warm summerSundays at North Philadelphia station. My fantasy while watching the trains pass through was tosomeday board a North Carolina train and visit the place where I was born. In The SundayOuting, through Ernestine, Gloria s dreams become reality. Publishers Weeklysaid, Gloria Pinkney skillfully captures the fidgety impatience of childhood.

For the past few years Gloria has been traveling around the country speaking to children andadults about the making of picture books. She lives with her husband Jerry in WestchesterCounty New York and she is currently working on a third book about Ernestine. The Pinkneyshave four adult children, all of whom are working in the creative arts and six grandchildren.Children’s book illustrator Brian Pinkney – their oldest son – says of his parents:”They have suchrespect for each other. I think that’s why they have been so successful as a couple”. copyright ? 2000 by Penguin Putnam Books for Young Readers. All rights reserved.