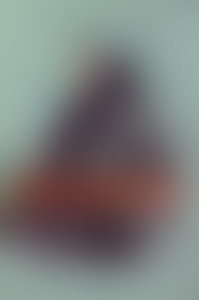 Like a comet across the horizon of complacent Western civilization, MADAME HELENA PETROVNA BLAVATSKY (1831-1891) appeared on the American scene in the early 1870s and almost single-handedly revived interest in the occult and esoteric, and also introduced many Westerners to the religious ideas of the East, particularly Hinduism and Buddhism. The world-traveled Russian noblewoman founded the Theosophical Society in New York City in 1875 to study the esoteric ideas behind the world’s religions. She relocated to India in 1878, where she and her collaborator, Colonel Henry Steel Olcott, a retired Civil War officer, helped inaugurate India’s independence movement. Blavatsky moved to London in 1885, where she began writing her magnum opus, The Secret Doctrine–a vast, two-volume compendium of occult philosophy and a cosmological vision of humanity’s lost history and secret destiny. Published in 1888, The Secret Doctrine became a formative influence on avant-garde artists and intellectuals, and propelled the dawning occult revival and alternative spiritual culture. Blavatksy died two years after its publication.

Sign me up for news about H.P. Blavatsky and more from Penguin Random House