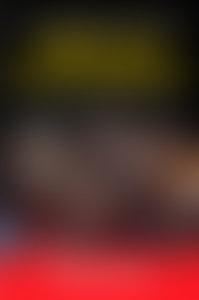 Howard Bragman has been a communicator, educator, entrepreneur, writer and lecturer for more than two decades. Bragman founded a strategic media and public relations agency, Fifteen Minutes, in 2005.

Bragman’s book, Where’s My Fifteen Minutes: Get Your Company, Your Cause, or Yourself the Recognition You Deserve, is set for release in January 2009. Published by The Penguin Group, the book contains insight and advice from Bragman’s years in the business of public relations, as well as accounts of his numerous experiences dealing with Hollywood celebrities and major corporations.

Bragman founded Bragman Nyman Cafarelli Public Relations and Marketing (BNC) in 1989. The Company is one of the most respected public relations agencies in the United States with billings of more than $15 million annually and a blue-chip client roster of celebrities, consumer products and events. In 2001 BNC was purchased by Interpublic, one of the world’s largest holding companies for marketing companies.

Bragman was also an adjunct professor of Public Relations at the University of Southern California’s Annenberg School for Communications for six years. Bragman has been honored for his teaching excellence by his students and the University.

Bragman is a nationally respected crisis counselor and has provided litigation support for a significant number of high-profile cases and individuals. These include: Joseph Steffan who was kicked out of the US Naval Academy for his sexual orientation; The Lewinsky Family; and Sharon Smith in Smith v. Knoller, a high-profile civil rights and justice trial involving a tragic dog mauling death.

Bragman created a visually directed media preparation manual aimed at young actors that was standard preparation for all actors at Nickelodeon Movies and Television. He has media trained hundreds of people including actors, CEOs, physicians, elected officials and attorneys.

Bragman has written bylined articles for publications including: Advertising Age, The Advocate, The Los Angeles Times and Playboy. A frequent television guest on issues involving the entertainment industry and popular culture, Bragman has appeared on local and network news programs more than 100 times