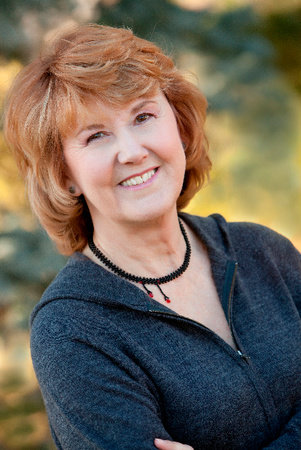 Jeanne C. Stein is the bestselling author of the Anna Strong Vampire Chronicles, which received a RT Reviewers’ Choice Award in 2008. She is active in the writing community and is a member of the Rocky Mountain Fiction Writers, Romance Writers of America, Sisters in Crime, and Horror Writers of America. Stein lives in Colorado.

Sign me up for news about Jeanne C. Stein and more from Penguin Random House

Tell me how you came to write The Becoming, the first Anna Strong novel.

The Becoming started as a straight mystery about a bounty hunting duo that I wrote in 2000 called Fair Game. In 2002, I met an editor for a small Colorado Press called ImaJinn Books. She was speaking at a local RWA meeting in Denver and mentioned she was looking for vampire books. Since I loved that genre, and I was with a friend who knew the original story and thought it would make a very good vampire story, I pitched it. The editor said she liked it and that I should send it to her. With that, I had to go home and write it. But I think it’s interesting that the book I had the most fun writing was the book that sold. And now as an Ace mass market paperback, Anna Strong has had a chance to reach an even larger audience.

Your main character, Anna Strong, is a bounty hunter, and a very believable one at that. What research did you do to find out about the daily goings on in a bounty hunter’s life?

When I was living in San Diego, I took every class I could find that had anything to do with the criminal justice system, including one on becoming a private eye. During that class, I met a real honest-to-God bounty hunter who literally took over the class with his stories. He was an ex-football player, as is Anna’s partner, and one of the most personable guys I had ever met.

Because I had a bounty hunting series in the back of my head, I asked him if I could interview him about the work. He agreed. We set a time and place but before we could meet, I got a mysterious telephone message saying he had to leave town. He never came back to class, his telephone was disconnected, his office closed and he literally disappeared off the face of the earth. I have often wondered if one of the fugitives he apprehended came back to hunt him. My tribute for his inspiration was to name Anna’s partner David, which was his name, too.

Another thing I have always found fascinating is that the laws governing bounty hunting haven’t changed since the wild west days. Bounty hunters have far more leeway than traditional law enforcement agents when in pursuit of a fugitive. And the presumption of innocence (or guilt ) never enters into fugitive apprehension. It doesn’t matter what crime has or has not been committed, the bounty hunter’s sole concern is bringing in someone who has skipped out on bail. It makes for interesting story telling.

I hear you met Joss Whedon, at Comic Con. How did that go and how has his work influenced you?

I am an unabashed and unashamed Joss Whedon fan. Meeting Joss at Comic Con was so exciting! I was to present him with an ARC for an anthology edited by Charlaine Harris and Toni L. P. Kelner. When I was face to face with him, I have no doubt I babbled like a geeky fan girl. But he was gracious and appreciative and even posed for a picture. To me, Joss is the master of dialogue and characterization. When I need a little inspiration, I play a Buffy episode or two and I’m good to go. His ability to lay the groundwork in an early episode for something that will be important much later, is a quality I try to emulate in my own novels. He’s the kind of writer I aspire to be.

You recently had a fantastic short story included in Many Bloody Returns, that Ace anthology edited by Charlaine Harris and Toni L. P. Kelner you referred to. How did you come up with the idea for that story?

In The Watcher, the third Anna Strong book, there is a story arc involving a witch, Belinda Burke. When I was thinking about my story for the anthology, the idea of using the witch came to me. I wanted a character that was not quite as dark as Belinda, though, so I came up with Sophie, her sister. She’s kind of the good witch to Belinda’s wicked one. Then I saw a commercial on television for some kind of miracle cream to stop aging (yeah, we all believe those) but it formed the kernel of an idea to have Sophie, a caterer to the supernatural community who also dabbles in cooking up her own anti-aging creams, stumble upon a miracle ingredient that not only really does stop the aging process, but reverses it. The Witch and the Wicked was a lot of fun to write and I get email from readers who tell me Sophie deserves a book of her own. I’ve been thinking about it.

Gnormous. A brand new word that means what it sounds like: bigger than enormous. Just haven’t quite found a place to use it in my writing yet, though.

Who are some of your favorite authors (within fantasy or without!)?

In no particular order: Robert B. Parker (another master of dialogue); Sara Paretsky (V.I. was the first kick-ass female protagonist I ever read); Laurell K Hamilton (who really launched Urban Fantasy); J. K. Rowling (two words: Harry Potter); my critique partner, Mario Acevedo (though I always tease him because he won’t write a REAL sex scene); newcomers Richelle Mead and Jackie Kessler. My top favorite Fantasy author: Charlaine Harris. Her Sookie books brought vampires out of the dark realm of evil and gave them a gentler face. There are lots more but these sprung immediately to mind.