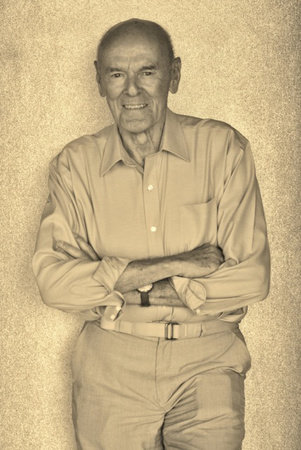 RICHARD PECK (1934-2018) was born in Decatur, Illinois and lived in New York City for nearly 50 years. The acclaimed author of 35 novels for children and young adults, he won the Newbery Medal for A Year Down Yonder, a Newbery Honor for A Long Way from Chicago, the Scott O’Dell Award for The River Between Us, the Edgar Allen Poe Award for Are You in the House Alone?, a Boston Globe-Horn Book Award Honor for The Best Man, and the Christopher Medal for The Teacher’s Funeral. He was the first children’s author ever to have been awarded a National Humanities Medal, and was twice a National Book Award Finalist.

The Mouse with the Question Mark Tail

A Season of Gifts

“No one does nostalgia better than Peck, and this episodic story of a boy’s life on the home front just before and during World War II is a charmer.”—Booklist