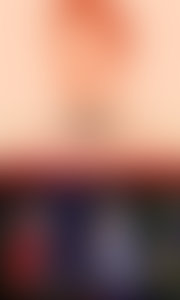 John Millington Synge was born in 1871 into an old Anglo-Irish family. Due to ill health he was educated mainly by private tutors before studying at Trinity College, Dublin, and the Royal Irish Academy of Music. He went to Germany to continue his musical studies in 1893 and then, turning to literature, moved to Paris in 1895. There he met W. B. Yeats, who suggested he go to the Aran Islands to live with the islanders as one of them and to “express a life that has never found expression.” He spent a few weeks on the islands each year from 1898 to 1902. The Aran Islands did not appear until 1907, but it was his experiences in Aran that gave him the plots of his plays In the Shadow of the Glen (1903), The Riders to the Sea (1904), and The Well of the Saints (1905). His emergence as a playwright coincided with and furthered the Irish dramatic revival. He was first a literary advisor and then a director of the Abbey Theatre in Dublin, where the first performances of his plays provoked violent controversies. His most famous work, The Playboy of the Western World, which was suggested by an anecdote he had heard in Aran, unleashed a riot in the theater at its first performance in 1907. Synge was in love with the young actress, Molly Allgood, who played the principal female role in the play, and it was she who inspired Deirdre of the Sorrows, a play that was left unfinished by his early death in 1909. Another of his earlier plays, The Tinker’s Wedding, had been regarded both by Synge and Yeats as too dangerous to perform in Dublin, and it was not seen there until 1971.

Sign me up for news about J. M. Synge and more from Penguin Random House

The Playboy of the Western World and Other Plays