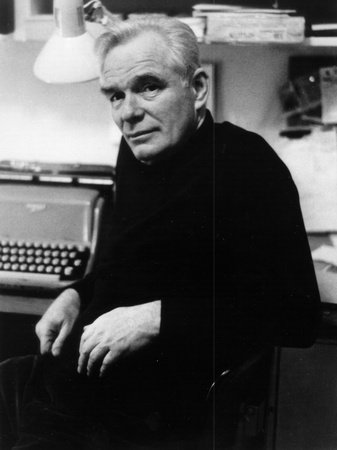 “People who use language well have all kinds of advantages in life; it enhances their lives and their relationships with other people. And you don’t learn how to use your language by watching television, you learn to use it by reading books!”—James Lincoln Collier

James Lincoln Collier’s My Brother Sam Is Dead is a Newbery Honor Book. His honors also include an ALA Best Book for Young Adults and two NCSS-CBC Notable Children’s Books in the Field of Social Studies.

Accomplished author James Lincoln Collier comes from a family filled with writers and teachers. His father wrote children’s books and several of his aunts and uncles were writers. His brother is a professor and his wife is a teacher. Collier has more than 30 years of experience as a journalist. He graduated from Hamilton College in 1950 and has been a prolific writer ever since—with several books and more than 600 published articles to his credit. He is also an accomplished jazz musician who plays the trombone professionally.

James Lincoln Collier has collaborated on many historical novels with his brother, Christopher, who is a history professor specializing in early American history. The writer and historian work together to make history vivid and interesting for young readers, enabling them to relate the lessons of the past to life today.

The books the brothers write are first conceived by Christopher Collier who says he “starts with something important, something [he wants] to teach about.” Then, he does intensive research—which can take many months—to get all the historical information that is relevant to the story. He then lays out the episodes he has conceived along with other information, and sends the outline to James. Then, James says, “once I have digested the research, I sit down and write. Of course, even though I can go anywhere I want with the story, I write out of the historical background.” Ultimately, he says “my job as a writer is to make each book very exciting so the kids are going to stay with it.”

The Collier brothers have written With Every Drop of Blood. This powerful story takes place in the last days of the Civil War, when a Rebel boy is captured by a runaway slave who is now a Yankee soldier. The boys’ natural enmity grows into an unlikely bond as they struggle to survive the last days of the war together.

“The Colliers have a knack for crystallizing history (with a capital H) into ‘story,’ giving readers a real feel for a particular time, place, and person.”—American Bookseller

WHEN THE STARS BEGIN TO FALL

“Collier’s story is designed to make readers think about the complexity of some moral issues and about matters of honor and truth.”—Booklist